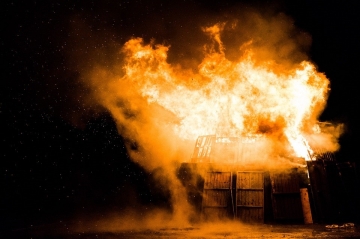 The bill received unanimous support in the legislature and also had backing from firefighters’ unions.

The notification requirement will provide an appropriate opportunity for the fire department to voice its about a prisoner remaining behind bars or being released back into their community.

Assemblymember Gonzalez states, “Firefighters put their lives on the line every day to keep us safe, and when one is murdered by an arsonist, their loss deserves our highest respect. Now in California, their brethren will at least be able to know when that murderer is being considered for release back into the community.”

Under California law, arson is often charged as a felony crime as a result of its destructive and deadly nature. According to the California Department of Justice, 37,128 arson crimes were reported from 2010 to 2014 in California.

Since 1981, California law has ensured the notification of relevant, parole-related hearings to the employer of a slain peace officer, such as police or sheriff’s deputy.

But if a firefighter lost his or her life in an arson fire, the firefighter’s former employer has not been included in the parole notification process—but will be in the future, thanks to the new law.