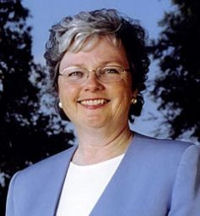 “This legislation will afford the highest level of protection to approximately 10,000 acres of open space in the City of San Diego.  Many San Diegans have worked for years to ensure that their neighborhood open space is not subject to development,” said Kehoe.  “San Diego Canyonlands led a year-long effort to gain support for the dedication of these important urban preserves, meeting with over 40 of the affected community planning groups and citizen advisory committees.”

Now that the legislation has been signed, the City Council has until December 31, 2012, to approve the list of specific parcels to be converted to dedicated status, and file it with the City Clerk.  A map showing the parcels is available at http://www.sdcanyonlands.org/park-dedication

Land dedicated as open space has a stronger level of protection and can be converted to other uses only by a vote of the public.  A 1992 report to the City Council listed over 17,000 acres of city-owned land eligible for conversion to dedicated status, but a lack of funding over the last two decades has limited the City’s ability to complete the conversion process.  The City Charter allows either the City or the Legislature to dedicate land as open space.

Senator Kehoe carried a similar bill, SB 373, in 2007 that converted approximately 6,600 acres of city-owned open space on that 1992 list from “designated” to “dedicated” status.  At the time, San Diego Mayor Jerry Sanders estimated that the bill saved the City approximately $1.5 million in processing costs.  Together, SB 373 in 2007 and now SB 1169 will allow the city to protect these open space areas in a less costly and time consuming manner.  The estimated savings to the city from SB 1169 is approximately $2 million.