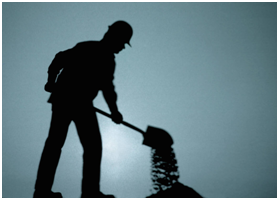 October 17, 2013 —California Governor Jerry Brown has signed into law AB 263, a bill designed to stop employers from retaliating against immigrant workers who stand up for their rights. AB 263 provides the strongest anti-retaliation protections for immigrant workers in the country.

Brown previously signed two other bills, SB 666 and AB 524, as parts of a package sponsored by the California Labor Federation to protect workers from abuse regardless of immigration status. AB 263 and SB 666  prohibit employers from using immigration-related threats when workers speak out about unfair working conditions. AB 524 clarifies that making immigration threats in order to get away with stealing workers’ wages may constitute criminal extortion.

“Employers should now be on notice that threats to deport workers to prevent them from standing up for their rights will have serious consequences,” said Art Pulaski, Executive-Secretary of the California Labor Federation. “These new protections will protect all workers who are afraid to report these abuses. As long as unscrupulous employers can exploit low-wage immigrant workers with impunity, all workers suffer.”

The extent of the retaliation against immigrant workers by unscrupulous employers was documented in a recent report by the National Employment Law Project, which co-sponsored the bill.  Cases include a woman who was raped by an employer and threatened with deportation if she reported the crime and employers in several states who cheated workers out of payment by having them deported.  Other cases dealt with retaliation against workers seeking to unionize.

“For too long, employers have used the threat of deportation to silence workers who are victims of stolen wages, unsafe working conditions, and abuse on the job,” said Eunice Cho, an attorney at the National Employment Law Project.  “Immigrant workers are more likely to suffer from abuses such as wage theft and work in low-wage industries. We celebrate Governor Brown’s strong support for protecting the rights of some of the most vulnerable workers in the state.”

"These laws will protect workers like me who try to speak out and then face retaliation," said Gerardo Aguirre, a former employee at Marquez Brothers, a food manufacturing company, who was one of several workers fired while standing up for their rights.