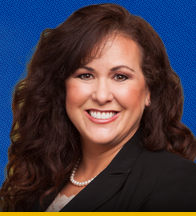 Under continuing law, employees filing a workers’ compensation claim must be examined by a physician who is required by current law to state the disability and its cause. The doctor's report must apportion what approximate percentage of the disability was caused by the work activity versus other factors, which have included many of the so-called “pre-existing conditions” that Gonzalez’s Assembly Bill 305 would have eliminated from being considered when determining an injured female employee’s claim: pregnancy and menopause.

AB 305 also would have prevented psychiatric disability or impairment caused by any of those conditions, or by contemporaneous instances of sexual harassment, from being considered when apportioning a work injury. Additionally, AB 305 would have required that workplace injuries that cause breast cancer do not receive a lower workers’ compensation rating than the rating for prostate cancer.

The measure passed the Legislature with bipartisan support including 9 Assembly Republicans, but was opposed by business groups including the California Chamber of Commerce, California Retailers Association, and the Association of California Insurance Companies.