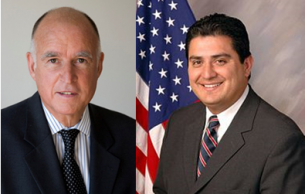 New 5G technology provides faster connectivity from smaller units than traditional cell towers. Advocates had argued that these are needed to advance other technologies such as driverless cars, but the units have short ranges, so many more would need to be installed. Mini cell sites can be placed on any city- or county-owned post, including a telephone pole, street light, or traffic light. Micro cell sites can be hung from a telephone wire. The units are the size of an appliance, but could be clustered into installations as large as a refrigerator for micro cell sites or a small dumpster size for mini cell sites.

The measure was opposed by at least 110 cities including the city of San Diego and some rural planning groups in Hueso’s district. It was also opposed by the League of California Cities, which states on its website, “This proposal unnecessarily and unconstitutionally strips local authority over public property and shuts out public input and local discretion by eliminating consideration of the aesthetic and environmental impacts of `small cells.’”

In Jamul, an area with only spotty cell phone reception, some residents and at least one community planner welcomed the improved service the bill would have brought. But the Jamul-Dulzura Planning Group majority voted to oppose it due to concerns about aesthetics and loss of local control.

Others had raised concerns about potential health effects from electromagnetic frequencies, or EMFs, including Donna Tisdale, chair of the Boulevard Community Planning Group. After learning of the veto, she told ECM, “SB649 would have impacted more urban and suburban communities due to the need for publicly owned light poles and right of ways that would have been used for small cellular facilities and equipment.

However, our Boulevard Planning Group did vote to oppose SB649 due the loss of local control and public input over those installations.”

In his veto message of the small cell wireless measure, Governor Brown wrote, “There is something of real value in having a process that results in extending this innovative technology rapidly and efficiently.  Nevertheless, I believe that the interest which localities have in managing rights of way requires a more balanced solution than the one achieved in this bill.”