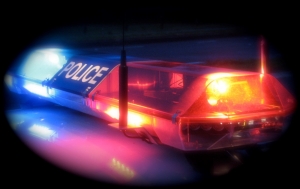 According to Lieutenant Steve Kirk with the El Cajon Police Department, after a preliminary investigation and interviewing witnesses, “It appears the pedestrian was with three other male juveniles running south across East Washington outside of a controlled intersection” when the teen was struck by a white 2016 Toyota Rav4 traveling eastbound.

NBC 7 reports the teen was thrown 30 feet, according to one witness. Another witness rushed to administer cardiopulmonary resuscitation (CPR) to the teen, whose heart was stopped, but restarted with CPR.  He was transported to a hospital, still unconscious.

The man driving the SUV remained on scene and has been cooperative in the investigation. Drugs and alcohol are not believed to be factors, Lt. Kirk says.

“We would also like to remind those who walk at night to obey all traffic control devices, only cross the street at designated, controlled intersections, and wear bright or light-colored clothing for visibility,” says Lt. Kirk. “For those driving vehicles during hours of darkness, please pay extra attention to the roadway and be aware of pedestrians that may be crossing.”

?
Sadly I see people, young and old cross busy streets quite often, even during busy traffic times. Use the pedestrian crosswalks and stay safer. Even though the traffic lights are not always pedestrian friendly ( often excessive wait times & much too short cross time allowed ) It's still the best bet not to get injured or killed by a vehicle driver who either cannot stop in time, or may not see someone darting across a street unexpectedly.

I read your all-caps title in Barney Fife's voice.