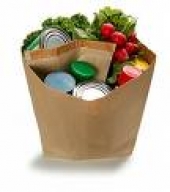 September 19, 2011 (San Diego’s East County) – Negotiations continued through the night between supermarkets and the grocery workers’ union, despite last night’s deadline when a strike was widely expected to begin. This afternoon, both sides have announced a deal has been reached that will prevent a strike. The deal is tentative, pending a vote by the full union membership.

“We are pleased to announce we have reached a settlement which protects your health care,” Mickey Kaspasrian, President of United Food & Commercial Workers Local 135 in San Diego posted on the union’s website. “Vote details to come. Thanks for staying strong!”

Vons (owned by Safeway), Ralphs (owned by Kroger Co.) and Albertson’s (owned by Supervalu Inc) released a joint statement today stating that the agreement will “preserve good wages, secure pensions and access to quality, affordable health care—while allowing us to be competitive in the marketplace.”

Details of the deal have not been released, though the union issued its own press release stating the deal will protect wages, benefits and working conditions.

The contract will cover approximately 62,000 grocery workers in Southern California. The Los Angeles Times reports that besides the three supermarket chains listed above, the contract will also cover employees of other retailers including Stater Bros. Markets, which have been negotiating separate deals with various UFCW locals.