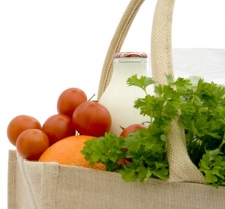 September 25, 2011 (San Diego) – An agreement reached last week between the United Food & Commercial Workers and supermarkets has been approved after workers voted by an “overwhelming” margin for ratification, according to Mickey Kasparian, president of the local UFCW chapter.

Stores say the deal allows them to remain competitive, while workers gain benefits and minimize employee contributions to healthcare costs. The contract covers not only Albertsons, Ralphs and Vons—the three markets targeted for a potential strike—but also other retailers including Stater Bros. Markets and Kroger’s Food 4 Less.

According to ECM media partner 10 News, the deal protects access to affordable, comprehensive health care for workers and their families. Employees will pay a nominal sum for their healthcare benefits, up to a maximum of $7 for individuals or $15 for families, the Los Angeles Times reports—far less than supermarkets had sought.

The new contract will also eliminate a “tiered” system of health benefits in which newer workers paid more, according to the San Diego Union-Tribune. In addition, it increases the share of workers’ compensation that comes in the form of health benefits.”

The agreement averts a strike that could have had 62,000 people out of work. Neither side felt it could afford a strike in the current economy, which would have cost both sides substantially. During the 2004 grocery strike, grocers lost substantial market share as shoppers sought out alternative places to buy groceries leading to increased profits for competitors.