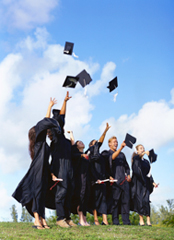 March 26, 2009 (El Cajon) – – A nonprofit group with a goal to increase college attendance in California has honored two local educational programs as among the best in the state.

The two projects were selected from 102 submissions representing all levels of education – K-12, community colleges, and universities from the California State and University of California systems, as well as private institutions, including Stanford.

GCCCD Governing Board President Bill Garrett congratulated the award winners at Tuesday’s board meeting at Cuyamaca College, where a Campaign for College Opportunity representative from Los Angeles presented framed certificates amid audience applause.

“It’s so good to receive recognition of this work, which makes such a difference to our students,” Garrett said, as English professors Sue Jensen and Mary Donnelly were honored on behalf of Project Success. Brad Phillips, Cal-PASS executive director, and Ryan Griffith, a Grossmont College English instructor, were lauded for their Cal-PASS work. Griffith and fellow English instructor Micah Jendian co-coordinated the composition alignment project.

Chancellor Cindy L. Miles said it is quite an honor that out of the hundreds of specialized programs in the state promoting higher education access and success, not one but two, local efforts would be highlighted.

“We’re heartened that Project Success and Cal-PASS are receiving the accolades they so richly deserve,” she said. “Our district and colleges are renowned for the innovative ways we build student success. We’re proud of our honorees and grateful to the Campaign for College Opportunity for promoting college education for all Californians by showcasing such proven practices.”

Project Success was created more than 20 years ago by Jensen and Donnelly, who decided to experiment with students taking back-to-back, linked courses in basic reading and writing. The project’s effectiveness in helping students advance from basic to college-level English led to its expansion to include humanities, psychology, history, and sociology classes. Research has confirmed that participating students complete more units and earn higher grade point averages than those outside of the program.

Jensen said starting Project Success was “sort of a no-brainer.”

“Students were taught concurrently in reading and writing and although they initially grumbled about having to take both classes, actually doing the work helped them to understand how writing about what they had read reinforced the learning,” she said.

“We accept this award on behalf of the 50 instructors now part of the project,” Jensen said when presented the Practices with Promise award t the board meeting.

The panel of education and policy experts judging the Practices with Promise nominations was impressed by what were described as “learning communities” in which instructors share course content and goals, and students create a support group of peers “work(ing) together in a safe learning environment.”

Started in 1998 as a pilot program between the Grossmont-Cuyamaca Community College District and San Diego State University, Cal-PASS, or California Partnership for Achieving Student Success, is now a state-funded network of more than 6,000 institutions from elementary schools to universities.

The one-of-a-kind data-sharing initiative, which brings together teachers in more than 55 California regions, is prompting curriculum changes to help students become better prepared as they progress in their education. The goal of the freshman composition project for which Cal-PASS received its award is to ensure that students from Grossmont College – about 1,000 of whom transfer to SDSU each year – are adequately prepared for writing requirements at the university.

This is the second year in a row that Cal-PASS has received the Practices with Promise award for exemplifying educational leadership and innovation.

“I’m very proud of the work that we’re doing and the recognition we’re receiving, and proud of the faculty and folks who are supporting this initiative,” said Phillips, who noted that all 110 California community colleges, 19 of the 23 state universities and two-thirds of California’s high schools participate in Cal-PASS.

Judges said the Cal-PASS initiative “demonstrates the power of regional collaboration between institutions and faculty” to help students advance from one educational segment to the next.

For more information about the awards from the Campaign for College Opportunity, founded in 2003 by the California Business Roundtable, the Mexican American Legal Defense and Educational Fund, and the Community College League of California, go to www.collegecampaign.org/practices.