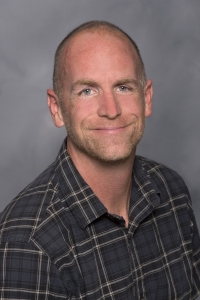 March 28, 2019 (El Cajon) - Grossmont College Counselor and Professor Dave Dillon will pick up a national textbook excellence award in Philadelphia in June, but it is his passion for providing free textbooks to all students that gives him the greatest satisfaction.

This academic year, students at the campus are saving nearly $1.3 million, thanks to the efforts of Dillon and other faculty members supporting the college’s push to sharply reduce textbook costs.

A full-time faculty member since 2007, Dillon began exploring textbook alternatives after hearing repeated student complaints about escalating prices for books. When he noticed that students were taking fewer classes or even resorting to taking cellphone photos of pages from classmates’ books, he decided it was time to confront the issue.

“I had to ask if there is anything I can do to have an impact on students’ well-being.” Dillon said. “If students are facing the choice between buying a textbook and food, I have a lot of empathy for students who are purchasing food or making sure they have shelter over purchasing textbooks.”

The remedy is known as open educational resources, or OER, a process in which textbooks, tests, videos and other teaching tools are made available through the public domain or an open license provided by the nonprofit organization Creative Commons that permits their free use and modification. 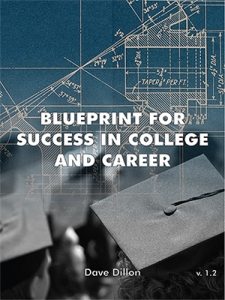 OER has been around for years, but its use was sporadic among educators until 2016 with the launch of the California Zero Textbook Cost program. Twenty-six community colleges, including Grossmont College, were awarded grants to institute associate transfer degrees and career technical education certificates acquired entirely with free textbooks. Grossmont now offers a pathway for students to complete an associate degree for transfer in geography and in sociology with zero textbook costs.

“We are committed to student success by reducing high textbook costs while still presenting high-quality content,” he said.

Dillon championed the adoption of alternative instructional materials at Grossmont College using the OER digital platform and the cost savings to students has been dramatic. Joined by anthropology instructor Lara Braff and librarian Nadra Farina-Hess, an OER workgroup was created.  In 2016, just six faculty members used OER, cutting textbook costs for 1,600 students. By 2018, 46 faculty had converted to OER, benefitting 8,000 students. For the current semester, there are about 100 OER instructors and 285 classes -- nearly 15 percent of the total -- identified as having no textbook costs.

The projected cost savings for students during the current academic year is an astounding $1,293,000.

Dillon concedes that certain disciplines, such as math, economics, business and the natural sciences, pose challenges to faculty for OER conversion because OER ancillaries and online homework are not as well developed.

“We are not there yet, but we’re getting there,” said Dillon, former chair of the college’s OER work group and statewide regional coordinator of the Open Educational Resources Initiative. He also serves on an OER task force of the statewide Academic Senate.

Textbooks comprise about 40 percent of the total cost of attending community colleges. Dillon said that with a major statewide survey showing homelessness and food insecurity among students as growing problems, colleges must be proactive in countering the ever-rising cost of textbooks. He said another book he wrote in 2014 initially sold for $29 with a traditional copyright and went up to $42 a year later.

Edwin Hernandez Armenta, Grossmont College’s student trustee, and Carlos Espinoza, a student government representative, are the first students selected for a new OER internship in which they advocate on students’ behalf for free textbooks. The pair also received grant funding to continue their advocacy from the non-profit Michelson 20MM Foundation, which promotes the development of free intellectual property educational materials.   Like many, they have been hard hit by textbook costs.

“It’s hard to pay for books while attending college,” Armenta said. “I’ve had to look for various resources available from EOPS (Extended Opportunity Programs and Services). Sometimes there hasn’t been enough voucher money to cover the costs.”

Espinoza said that there have been times when he’s had to share a textbook with a classmate, “or ‘I’d borrow it from the library for two or three hours to get by.”

Last June, three OER digital textbooks containing material Dillon compiled for his counseling classes were published. The texts are being used by 13 California and three community colleges in other states. One 456-page title, “Blueprint for Success in College and Career,” has been selected among 17 chosen for the Textbook Excellence Award by the national Textbook and Academic Authors Association.  It is the first time an OER textbook has won.

For students who want a printed version of the book, thanks to OER, a hard copy can be purchased for less than $13 at the college bookstore and online.

In addition to the obvious cost-savings benefit, students are more successful in Dillon’s classes since free textbooks became available. Research found that the percentage of students who completed Dillon’s courses climbed from 72 percent to 91 percent compared to the years when he used traditional textbooks.

Dillon attributes the improvement to students being able to get their books on the first day, rather than the two weeks many students had waited to purchase books because of financial aid delays or add/drop deadlines.

“With statistics showing that 50-60 percent of students are not purchasing textbooks due to cost, I would expect these kinds of increases in success and retention because now all students have access to the learning material,” Dillon said. “OER solves an equity issue.”