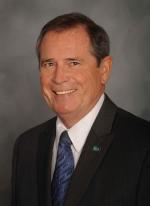 November 10, 2012 (San Diego’s East County)—Leaders in the Grossmont-Cuyamaca Community College are speaking out to thank voters for passing Prop V, a $398 million bond measure that passed by about 56.5 percent.

Prop V will fund upgrades, repairs and renovations  to classrooms, roads, labs and infrastructure, including helping to meet the needs of our region's many veterans.

Money from Prop V will be used to create veterans support centers at both Grossmont and Cuyamaca College, as well as an East County Workforce Solutions Training Center. Prop V funds will also renovate and expand educational and career training facilities for science, medical, public safety, green technology and other fields, according to a press release from the district. In addition, energy-efficiency measures and technology upgrades will be installed to help reduce operational costs and direct savings to classroom instruction.

Chancellor Cindy Miles also hailed passage of Prop V, which follows on the heels of Prop R, which allowed for construction and renovation of 13 major facilities at the two campuses.  “Thanks to East County voters, the district will be able to continue the progress of Prop R by providing the buildings, technology and infrastructure to meet students’ needs for the next two decades,” Chancellor Miles stated.

In addition, the campus leaders voiced gratitude to voters for approving the statewide ballot proposition 30, which will stem four consecutive years of deep funding cuts totaling $16 million for the district. Those reductions forced the colleges to cut over 1,600 classes. Passage of Prop 30 will avert a $5.6 million state budget cut and enable the district to serve over 1,100 more students who would otherwise have been turned away, the district has indicated.

Prop V won approval from voters residing in the East County cities and communities located within the college district, which stretches from the cities of El Cajon, La Mesa, Lemon Grove and Santee to the Imperial County and Mexican borders.  With 100% of precincts counted and only absentees remaining, Prop V received 66,276 yes votes and 50,912 no votes.

GCCCD has served more than 600,000 students as the only public provider of higher education in the East County since 1961.  Classrooms and labs built decades before the digital age need to be retrofitted and significant infrastructure upgrades, including wiring and cabling, are necessary to accommodate computers, audio- visual equipment and other “smart classroom” components.

According to the District Website, although the college district budgets operating funds for maintenance and repair, there is a continuing volume of pressing needs, such as aging roadways and leaking roofs, far exceed the district’s funding capability. Without passage of Proposition V, the facilities at Grossmont and Cuyamaca colleges will continue to deteriorate. The quality of instruction would suffer without advanced technology and inadequate classrooms and labs.

District estimates four bond issuances but dates regarding the bond issuance schedule have not been provided. District has stated each site will have three major construction phases.

Because the total amount of the bond does not address the total needs of the District, it can be expected another bond measure would be needed to complete the projects outlined within the District’s Master Plan.

The next step will be the appointment of a Prop V citizens bond oversight committee made up of East County residents with expertise in construction, procurement and finance, as well as representatives of business and taxpayer organizations.

So now we learn a bit more of the truth:

-The real cost to taxpayers will be around $885 million including interest payments, over DOUBLE the amount given on the ballot.

- You think that the college district is done with asking for handouts? No, this is just one of many "phases" of "knock-em-down then build-em-up-again" construction, which guarantees perpetual construction blight at both colleges. Again, the ballot measure itself made no mention that this was just one of many overlapping "phases", and I bet many voters had the false notion that once the work was complete, we would have two finished campuses. Not a chance!

- The article above is already keeping the door open for yet another bond request. You can't satisfy an addict - the district's administration in this case. Now this bond has passed, albeit barely thanks to less than 1000 votes, they'll be back for more.

- The plans for Prop V already call for some buildings renovated in the past 2 years (with Prop R bond money) to be demolished. By 2020 I predict we'll be told that any buildings constructed before 2000 are ready for the wrecking ball. Not a bad deal - if only homeowners could get free money to knock down and rebuild their houses every 2 decades...

with Prop R funds are proposed to be demolished, and why?  That is something I hadn't heard, but worth a story if you can help us document that.

Well if you want an accurate story, you should go to the primary source - Ann Krueger is the GCCCD contact person it seems. Ask about Grossmont College's Building 36 (formerly known as "300 North"), and Buildings 51 and 55 - all three are colored red for "demolish" on the Facilities Master Plan, and all 3 have, by report, "had a lot of work done" on roofs, restrooms, and interiors in the past few years.

Oh and as far as one can tell, all three are "functional" - not ideal perhaps, but since the Master Plan makes a fuss about sustainability, one could ask the question - wouldn't it be "greener", and more frugal with taxpayers' money, to leave them be and make do?

My other criticisms stand on their own, even if there IS some justification (dubious) for taking a wrecking ball to these three buildings.

"The facilities master plan spells out the needs for Prop V money. http://www.gcccd.edu/governing-board/documents/dockets/2012/september/202A.pdf  Check out the graphic in the Grossmont College section that shows the decade that each building was constructed.

Buildings 36, 51 and 55 are original Grossmont Collegebuildings constructed in the 60s. The plans call for them to be replaced, but they were built long before Prop R."

( These buildings are about 50 years old, hardly new. )

...merely that Prop R money (how much? I don't know) was spent on renovating them extensively in the past 3-4 years, only now for them to be slated for demolition under Prop V. Depending on the cost of the new roofs and interiors and bathrooms, some might think it worth the renovations for the interim 5-6 years' use before the wrecking ball comes.  But I for one am skeptical, and perhaps more importantly, there was little chance for such concerns to be raised in a public discussion before the election.

The whole tone of the Master Plan, and Ms Krueger's response, seems to imply that  "constructed in the '60s" automatically means "unfit for use"? I'd better move out of my 1950s home right now, I suppose! Those brick buildings could easily last a while longer - especially with their new roofs and interiors thanks to Prop R. They are solidly built - It will take a lot of time and effort to demolish them.

If those 3 buildings go down at the same time, I pity the students and faculty who have to try to make it to class across campus to whatever temporary classrooms are provided during the construction mess."Pardon our dust... we're building for the future... (again)".

Oh well, too late now! I just find it surprising how easily people were fooled by this bond measure,  without asking serious questions or considering the consequences of perpetual ongoing construction blight on the student experience.