May 26, 2012 (El Cajon) -- More than 2,300 students will be receiving their degrees or certificates from East County’s two community colleges at month’s end, capping a year marked by the state’s ongoing budget crisis.
Cuyamaca College will honor 695 students receiving associate degrees and certificates of achievement Wednesday, May 30, at the 34th annual commencement at the college’s student center quad. On Thursday, May 31, Grossmont College will laud 1,664 students receiving their degrees and certificates at the college’s 51st commencement at the main quad. The ceremonies are scheduled to begin at 5:30 p.m.
Both colleges in the Grossmont-Cuyamaca Community College District have dealt with four years of state budget reductions that have  led to millions of dollars in state funding losses and the elimination of hundreds of classes, delaying the educational progress of many students.
“These have been the toughest budgetary times in the history of this district, so these graduates certainly deserve the heartiest of congratulations, “said Cindy L. Miles, chancellor of the Grossmont-Cuyamaca Community College District. “I’m so proud that they persevered through these difficulties, and it will be my pleasure to congratulate them as they embark on their new educational and career ventures.”
Cheers to Cuyamaca 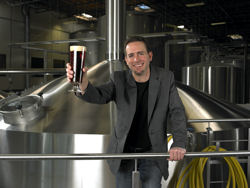 Cuyamaca College’s pick for this year’s keynote speaker is Greg Koch, CEO and co-founder of Stone Brewing Co. in Escondido. Koch is taking the podium because of his longstanding commitment to resource conservation, something he pursues with a near-religious conviction in operating the nation’s 11th largest craft brewery and its companion enterprise, Stone Brewing World Bistro & Gardens.
Advocating environmental responsibility as well as high-quality food, the bistro is now the largest restaurant purchaser in San Diego County of local, organic produce. The brewery reduces its energy consumption with rooftop solar panels and waste oil from the bistro is converted to biofuel that powers one of the eatery’s delivery trucks. These and other initiatives prompted Cuyamaca’s ornamental horticulture program to invite Koch as the keynote speaker at a Green Business Symposium that the college sponsored last year. His speech there led to the invitation for Cuyamaca’s commencement.
Koch said he plans to talk about how Stone became a local success story by making its own path in a world dominated by corporate interests.
“I hope to share a little bit of insight and offer encouragement to the graduates to make their own way in the world and at the same time, take personal responsibility to do their share to protect this place where we live,” Koch said.
Also speaking will be Cuyamaca College’s valedictorian Sahira Dawood, who arrived in the United States from Iraq in 2001 and began classes at the college in 2004. The civil engineering graduate recently passed a grueling certification exam and is looking for work in the engineering field to support her three young children and husband, who is unable to work for medical reasons.
Dawood, who started at Cuyamaca with limited English skills, credits the excellent instruction she received for being able to graduate with a 4.0 grade-point average.
“Education is as important as the air we breathe because it is beneficial in many aspects of life, especially, personal and social,” Dawood wrote in her commencement speech.  She said her classes helped her cope with the loss of two siblings back in Iraq. She plans to further her education once she finds a job.
Grossmont graduation 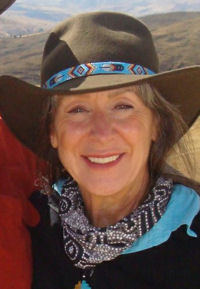 Diana Marie Pico, a health and wellness counselor and registered nurse who also operates a company specializing in ancient healing traditions, returns to Grossmont College to continue the tradition of a college alum giving the commencement speech.
After graduating from the college in 1986 with an associate degree in nursing, Pico launched a 24-year career as a traveling registered nurse, serving nearly every major hospital in the county and working in a variety of patient care settings.
“When I graduated from Grossmont, I was both excited and nervous on how I could best serve the world,” she said. “What I discovered was that my education at Grossmont turned out to be a profound stepping stone for me. Thanks to Grossmont College, I was given the opportunity to travel to different places, connect with the cycle of life and be part of the healing process.”
Pico has traveled extensively with her husband, Anthony Pico, the elected chairman of the Viejas Band of Kumeyaay Indians, to explore the ancient healing traditions of indigenous people. She describes herself as a healer and mystic and uses the knowledge gained in both worlds – native and modern – to operate her company, Health Journeys.  “I believe we will create world peace by compassionate giving through global exchange,” Pico said.
The student speech will be given by honors graduate Danny McKay, who plans to share his story of redemption and triumph as a former addict and alcoholic who managed to veer from a path of self-destruction through a religious awakening and the epiphany of a new purpose in life discovered at Grossmont College.

He will continue his education at Stanford University, where he plans to pursue a degree in psychology. “Here at Grossmont, our motto is Changing Lives Through Education, something I can humbly affirm and will represent for the rest of my life,” reads McKay’s speech.