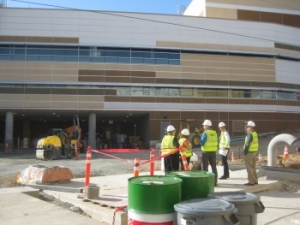 The $10.2 million contract covers the construction costs for the build-out of the Surgery Floor of the new Heart and Vascular (H&V) Center. Additionally, approximately $8 million of state-of-the-art medical equipment will be installed when build-out of the facility is complete. Construction of the H&V Surgery Floor is currently underway and scheduled for completion in 2018.

When completed, the H&V build-out will include four new cardiac catheterization labs and four multipurpose procedural rooms that will support a wide range of surgeries, including general surgery, open-heart surgery, minimally invasive surgery and image-guided surgery, as well as various endovascular interventional procedures. 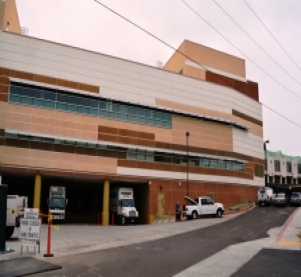 Construction of initial phases of the H&V building was completed last year at a cost of over $60 million. The 71,000-square-foot building, on the eastern side of the busy hospital campus, adjoins an existing building that houses operating rooms and cardiac catheterization labs.

The H&V Center will transform the hospital’s capacity to treat heart disease and other vascular conditions, GHD officials said.

“We are grateful to the taxpayers and voters of East County who approved the public financing that has been paying for the renovation and modernization of their publicly-owned hospital over the past 10 years,” said Michael Emerson, 2017 GHD board president. “Their commitment to our local hospital will save lives and ensure that future patient care needs of the community can be met for decades to come.”

GHD officials said the $10.2 million figure for the Swinerton contract is roughly $1.7 million below initial estimates for the project. 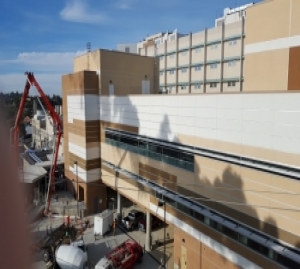 Over the past decade, Prop. G also has paid for several other infrastructure improvements at the hospital, including construction of a recently completed Central Energy Plant and the renovation of floors two through five of the seven-story East Tower building, originally constructed in 1974. In 2009, the hospital’s top three floors of the Emergency and Critical Care Center opened with 90 new patient beds, including 24 intensive care beds and 66 medical and surgical beds. In June 2006, Prop. G passed by more than 77 percent, well above the two-thirds required.

Also during the past 10 years, a citizens group called the Independent Citizens’ Bond Oversight Committee (ICBOC) has been charged with monitoring all Prop. G costs. On an annual basis, the ICBOC has commissioned an audit of bond-related expenditures by independent auditors who annually have returned with an “unqualified” opinion, the best audit result indicating a clean bill of financial health with no deficiencies or inconsistencies in internal controls or compliance.

Since Prop. G bond dollars can be spent only for construction costs, as stated in the ballot measure, the Grossmont Hospital Foundation, a nonprofit organization that helps raise funds for the hospital, is currently raising $15 million for medical technology and equipment for the new H&V Center. Nearly $60 million has been raised by the Foundation since its inception in 1986.

The Grossmont Healthcare District is an East County regional public agency that supports various health-related community programs and services in San Diego’s East County. Formed in 1952 to build and operate Grossmont Hospital, the District is governed by a five-member board of directors, each elected to four-year terms, who represent more than 500,000 people residing within the District’s 750 square miles. For more information about GHD, visit www.grossmonthealthcare.org.