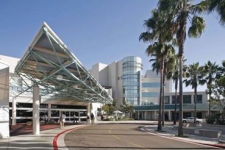 January 26, 2013 (La Mesa) -- The board of directors of the Grossmont Healthcare District (GHD) has elected its board officers for 2013. Elected for one-year terms were Dr. Michael T. Long as president, Robert “Bob” Ayres as vice president and Gloria Chadwick as secretary. Long also appointed board member Michael Emerson as treasurer. Also serving on the five-member board is Betty Stieringer.

Long has served on the board since May 2008. The El Cajon resident was reelected to a four-year term in November 2010. Long is a retired neurologist who practiced for 40 years locally as an active member of the medical staff at Grossmont Hospital.

Ayres, a retired banking executive and El Cajon resident, was elected to a four-year term in November 2012. He joined the board in December 2010 as an appointee to fill a vacant seat. Ayres has 48 years of experience in both public- and private-sector banking and construction financing and management. Prior to joining the board, Ayres served on the GHD Proposition “G” Independent Citizens’ Bond Oversight Committee.

Chadwick has served on the board since 1998, when she became the first woman to be elected to the board in 22 years. In 2000, she became the first woman in District history to serve as board president. She was last reelected in November 2010. A second generation San Diegan and resident of Dehesa Valley, Chadwick retired as a psychiatric nurse after a 44-year career of working in the healthcare profession.

Emerson was appointed to the board in 2008. He was elected to a four-year term in November 2008, and was reelected in November 2012. An optician since 1975, Emerson is a Registered Dispensing Optician (RDO) and a Fellow of the National Academy of Opticianry (FNAO). He owns Hart Optical Company and resides in La Mesa.

Stieringer, a registered nurse and La Mesa resident, was elected to the board in November 2012, finishing first in a field of nine candidates. Her nursing career includes service at Grossmont Hospital and at the County of San Diego’s Juvenile Hall, Las Colinas Women’s Detention Facility, and the Sheriff’s Central Detention Downtown Jail.