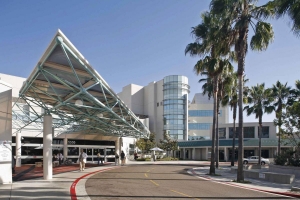 The $175 million sale of bonds was a partial refunding of the bonds previously sold in 2007 and 2011. The refunding, a transaction similar to a refinancing, will save taxpayers about $1.13 million in interest payments annually, or a total of about $28.6 million over the life of the bonds through 2040, GHD officials said.

GHD officials said both series of bonds were priced for selling on April 28, and offers were accepted the same day from institutional and retail investors in the U.S. municipal bond market. Closing date for the transactions is scheduled for May 20.

Moody’s Investor Services rated GHD’s bonds at “Aa2,” which ranks near the top of Moody’s 10-tier scale, with “AAA,” as the highest rating possible. The U.S. government, for instance, has a Triple-A rating. Moody’s is a recognized and widely utilized independent source for credit ratings on debt involving sovereign nations, corporations and municipalities.

“The strong rating was a real plus for local taxpayers because it affirmed the creditworthiness of the bonds, as well as the utmost confidence by investors in the District’s financial stability,” said Robert Ayres, 2015 GHD board president. “In addition, the refunding will mean additional savings and a direct benefit to taxpayers.”

This latest bond sale will help complete the 71,000-square-foot Heart and Vascular (H&V) Center building, currently under construction, as well as the 18,000-square-foot Central Energy Plant, with its 4.4-megawatt combustion turbine generator weighing 52 tons, and remodeling work on floors 2 through 5 of the East Tower. 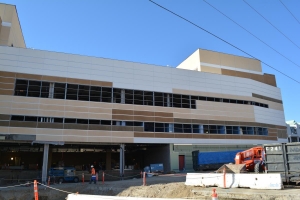 The East Tower’s remodeling includes upgrades to patient rooms, including Americans with Disability Act (ADA) compliance and bariatric accessibility, improvements to elevators and nurse stations, and modernization of mechanical, electrical and plumbing systems.

The Grossmont Healthcare District, a public agency that supports various health-related community programs and services in San Diego's East County region, was formed in 1952 to build and operate Grossmont Hospital. The District is governed by a five-member board of directors, each elected to four-year terms, who represent nearly 500,000 people residing within the District's 750 square miles in San Diego's East County. For more information about GHD, visit www.grossmonthealthcare.org.