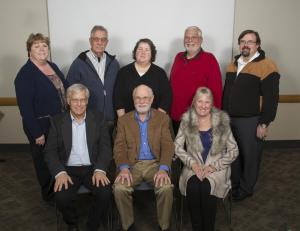 April 29, 2015 (La Mesa) -- The Independent Citizens’ Bond Oversight Committee (ICBOC), a group of volunteers monitoring how the public agency Grossmont Healthcare District (GHD) is spending millions of dollars in taxpayer-approved bonds for new and improved patient care facilities at Sharp Grossmont Hospital in La Mesa, has issued its 2014 Annual Report to the Community.

“We serve as the taxpayers’ eyes, ears and voices, and, overall, we are pleased with the transparency of the expenditure process and the progress of construction,” said Kathleen Bute, 2015 ICBOC chairwoman. “We also were very pleased with the results of the audit.”

Annually, the ICBOC group requests an audit of bond fund expenditures by independent external auditors. In 2014, Bute said the auditors responded with an “unqualified” opinion, which is regarded as the best type of audit result, indicating a clean bill of financial health.

“The audit results indicate meticulous management of taxpayer dollars with no deficiencies or inconsistencies in internal controls or compliance,” she said. “The public can be confident how their bond tax dollars are being spent at their publicly owned hospital.”

The ICBOC 2014 annual report features an update on construction activity during the past year with the Heart and Vascular Center, Central Energy Plant and East Tower, three projects being financed by the Proposition G bonds that East County voters approved in June 2006. The Prop. G ballot measure passed by more than 77 percent, well over the two-thirds required.

The Grossmont Healthcare District, formed in 1952 to build and operate Grossmont Hospital, supports various health-related community programs and services in San Diego's East Region. The District is governed by a five-member board of directors, each representing more than 500,000 people residing within San Diego East County’s 750 square miles. For more information about GHD, visit www.grossmonthealthcare.org.