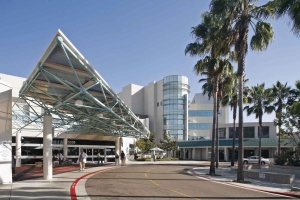 May 9, 2015 (Santee) - The Grossmont Healthcare District (GHD), a public agency that supports various health-related community programs and services in San Diego’s East County region, has sent a letter to the Navy stating its opposition to the pending closure of a health clinic in Santee.

The clinic, called the Naval Health Clinic East County, has served active duty and retired military families in the East County for the past 10 years. In addition to primary healthcare services, the Santee clinic, located in a retail complex at 120 Town Center Parkway, also served patients with mammography and laboratory services, as well as a pharmacy.

The U.S. Navy’s Naval Medical Center San Diego, the headquarters for local health clinics operated by the military, recently informed patients that their clinic will close at the end of May due to expiration of the building lease.

GHD said the Navy is referring patients of the Santee clinic to another military clinic, the Naval Branch Health Clinic Kearny Mesa, 8808 Balboa Ave., San Diego, which is about 11 miles away.

In late April, GHD sent a letter to the Navy voicing its disapproval of the clinic’s closure. GHD said Navy officials have not yet responded to the letter, which was signed by GHD 2015 board president Robert “Bob” Ayres.

GHD’s letter, sent to Capt. Jose Acosta, commander, Naval Medical Center San Diego, said the Santee clinic “is an important part of the healthcare mosaic of the East Region and its closure will adversely impact the overall mission to meet the healthcare needs of our District residents. We know that your numerous active duty and retired military families will benefit by the continuation of this service and will prevent their migration to our other over-extended civilian facilities.”

GHD’s letter also said, “We would respectfully request that you make every effort to avoid this closure.”

Meanwhile, GHD forwarded copies of its letter sent to the Navy to local East County elected officials, including U.S. Congress members Duncan Hunter and Susan Davis, State Senator Joel Anderson, California Assembly members Brian Jones and Shirley Weber, County Supervisor Dianne Jacob and Santee city council members. GHD said some of them have responded or are planning to respond with their own letter to the Navy opposing the clinic’s closure.

Anderson’s letter stated, “I, along with the board of the directors of the GHD, am concerned that its closure will put a significant strain on our ability to provide the necessary care for the citizens of our region. I join the Grossmont Healthcare District board of directors in asking that you make every effort to continue your good work in East County.”

The Grossmont Healthcare District (GHD), a public agency that serves as landlord of Sharp Grossmont Hospital in La Mesa, was formed in 1952 to build and operate Grossmont Hospital. The District is governed by a five-member board of directors, each elected to four-year terms, who represent nearly 500,000 people residing within the District's 750 square miles in San Diego's East County. For more information about GHD, visit www.grossmonthealthcare.org.

San Diego has always been a Navy town. I think that it may be difficult for some veterans to travel farther for medical care.