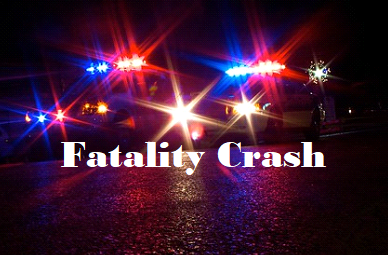 Update September, 12, 2021:  Passenger Jiovanni Solorio Roman, who was in a coma after the crash, has died, 10 News reports.

Update August 23, 2021:  The student killed in a high-speed crash has been identified by his father as Gady Cruz, NBC 7 reports.  One of the passengers, Jiovanni Solorio Roman, is in a coma, according to his mother. Identities of the other two injured passengers have not been disclosed. According to the Medical Examiner, Cruz was 16 years old and was not wearing a seatbelt when the vehicle crashed and overturned. CBS 8 reports that Cruz  previously posted videos on social media of himself racing at speeds over 100 miles per hour on local freeways.

August 21, 2021 (El Cajon) – A black 2018 Honda Civic crashed into a traffic light pole at the intersection of Fletcher Parkway and Navajo Road in Fletcher Hills around 2:11 a.m. The driver, a senior at Grossmont High School, died and three passengers were seriously injured, including two 11th grade Grossmont students.

In a press release, the Grossmont Union High School District stated, “Our district is working closely with the El Cajon Police Department as their investigation of the incident continues. Due to privacy,our district is unable to release further information regarding the students’ names or health conditions. We will release more information as we are able to do so. As our school community begins to deal with this tragedy, our district will be providing additional grief support on campus at GrossmontHigh School and will also make it available to students throughout our close-knit GUHSD community.”

Police and firefighter paramedics responding to the crash found four people trapped in the vehicle. The driver was pronounced dead at the scene. Three passengers were freed from the wreckage by emergency responders and transported to local hospitals with serious injuries.

“After a preliminary investigation of the scene, it appears the Honda Civic was traveling eastbound on Navajo Road at a high rate of speed when the driver lost control and collided with the light pole on Fletcher Parkway,” says Lt. Darrin Foster. “It is unknown at this time if drugs or alcohol were a factor in this collision and no other vehicles were involved.”

ECPD also reminds motorists to ensure all passengers are wearing their seatbelts and to pay extra attention to the roadway and obey all traffic and speed laws.