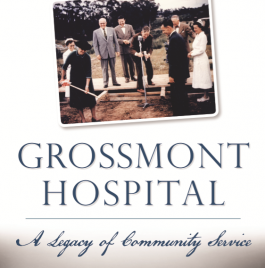 December 21, 2017 (La Mesa) – A soon-to-be-released book chronicling the history of Grossmont Hospital is now available for online ordering prior to its scheduled Jan. 8 release date in local bookstores.

The book, “Grossmont Hospital: A Legacy of Community Service,” documents the history of the La Mesa hospital that is owned by the citizens of the East San Diego County region.

The 153-page book, published by The History Press, can be ordered online through the publisher’s website, as well as Amazon.

James Newland, the book’s author, partnered with Grossmont Hospital and the Grossmont Healthcare District in chronicling the inspiring story of this iconic regional institution.

“This book is really designed as a tribute to the vision and dedication of our community leaders from a previous generation to provide a public hospital both as a necessary healthcare provider as well as a manifestation of our region’s legitimacy as a modern community,” said Newland. “It also illuminates how our local hospital has continued to survive and thrive in the ever-changing American healthcare industry. After reading this book, I’m hoping people will see how Grossmont Hospital is even more impressive than at first glance as a landmark publicly-owned community hospital.

Newland, a longtime La Mesa resident steeped in city history, has authored other books on the histories of La Mesa and Mt. Helix. He is past-president of the La Mesa Historical Society and has served on the La Mesa Planning Commission since 2014.

“I’m very impressed with the details included in the book,” said Michael Emerson, Grossmont Healthcare District (GHD) board president. “The book clearly shows how community involvement made the difference in making the hospital and healthcare district a reality. I enjoyed reading about the previous generation of community leaders who worked tirelessly behind the scenes after the end of World War II, and gave their time and energy to help the hospital make a lasting positive difference in our local community.” 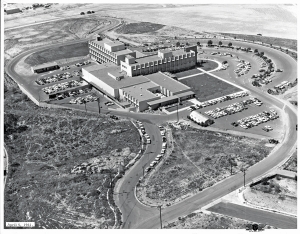 GHD, an East County regional public agency, assisted Newland and the publisher with the book’s research, providing historic photographs and documents. Earlier this year, GHD, which serves as landlord of Sharp Grossmont Hospital, invited the public to submit old photographs, newspaper clippings, promotional materials and other historical documents, some of which were included in the book, GHD officials said. Several other local residents, including former and current doctors, GHD board members and Sharp HealthCare leaders, are listed as contributors.

In early 1952, eastern San Diego County's citizens voted overwhelmingly to establish the Grossmont Hospital District. Local civic leaders and physicians envisioned it as the vehicle for building a modern hospital to address the healthcare needs of their rapidly growing post-World War II communities. Then, in August 1955, the district subsequently opened Grossmont Hospital in La Mesa. For the next 65 years, the institution grew to serve suburban and rural residents spread over the 750-square-mile district. In dealing with the daunting challenges of modern healthcare, the governing board entered a precedent-setting lease for hospital operations with San Diego-based nonprofit Sharp HealthCare in 1991.

Among other historical tidbits included in the book: 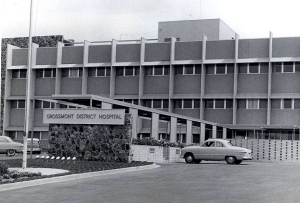 Retail price for “Grossmont Hospital: A Legacy of Community Service” is $21.99. The Charleston, S.C.-based publisher is one of the nation’s largest publishers of local and regional content. Its website states: “By empowering local history and culture enthusiasts to write local stories for local audiences, we create exceptional books that are relevant on a local and personal level and bring readers closer to their community.”

Springs were common in the area when I grew up in the 1950's. There was a place in Spring Valley where you could get water from an artesian well.