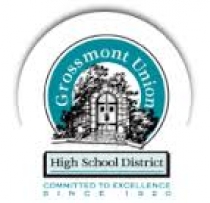 View a video of the complete San Diego County Board of Education meeting on the unification plan: http://stream.sdcoe.net/wc/boardmeeting081314/

By Miriam Raftery and Bill Weaver

August 17, 2014 (Alpine)--The County Board of Education provided a learning experience Wednesday to the Grossmont Union High School District:  If you ignore the will of voters and spend off bond money slated for a new Alpine high school on other projects, there are consequences.

Alpine parents have put forth a unanimous front, seeking to leave the Grossmont Union High School District and move their students into a new Alpine Union School District that would be expanded, or unified, to add high school students.  Now, those parents have moved a major step closer to their goal.

Under the unification plan, a new high school in Alpine would no longer be under the control of the Grossmont board, which defied the San Diego County Grand Jury and refused to provide a construction timetable for the long-promised Alpine High School. Voters twice supported bond measures, Prop H and Prop U, to fund building a high school.

Grossmont Superintendent Ralf Swenson told the County Board that he does not believe that a unified Alpine district will have the financial resources it would need.

School Services of California conducted a feasibility study on August 1st. This independent third party study of the proposal to create a unified Alpine School District was presented to the County Board Of Education at the August 13th meeting.

The Board heard testimony from backers of the unification petition, as well as from both the Alpine and Grossmont districts.  Several members of the public were also given an opportunity to comment.

The only testimony against the unification proposal came from the Grossmont  district; all others who spoke testified in favor.

Grossmont board member Priscilla Schreiber, who has stood alone against her colleagues as an unwavering supporter of building an  Alpine High School testified as an individual and urged the committee to support unification.  She called actions of the Grossmont board majority, “deliberate, dishonest, and despicable.”

Schreiber faulted the board for its failure to approve building plans or make land improvements for the high school despite the two bond measures totaling close to a billion dollars – and for flaunting, in her words, excessive spending on other projects that voters never approved.

The district did purchase 98 acres of land and complete environmental impact studies, also meeting requirements of the California Environmental Quality Act.  Architectural plans were submitted to the state and site grading permits were granted. The district even used the eminent domain process to evict homeowners off of the site’s parcels-- before it backed off plans to build the school and withdrew its plans from the state architect’s office.

Since then, the district has contended that enrollment triggers were not met. However, substantial evidence has been submitted by other education experts indicating the triggers were met not just once, but repeatedly.

Some have speculated that the board majority’s real reasons for reneging on promises to build the school are political, though others voice sheer bafflement as to why the board has acted in a seemingly punitive way toward the people of Alpine, repeatedly funding lavish projects at other schools while providing Alpine voters with nothing to show for bond monies that voters paid for.

The Grand Jury report, titled “Fool me once, fool me twice,” urged the Grossmont district to provide clarity to voters by either setting a clear timetable to construct the school by December 31, 2013 or supporting unification and cooperating with efforts to shift responsibility and funds for the high school to the Alpine district.  Instead, the Grossmont board majority did neither.

If unification occurs, the Grossmont board’s refusal to fulfill its promises and duties to voters in Alpine will have ramifications for all students in the district, since Grossmont will lose Average Daily Attendance money for hundreds of students who will be shifted into the expanded Alpine district.

Good for Alpine.Never give up the fight. No justice, no peace!