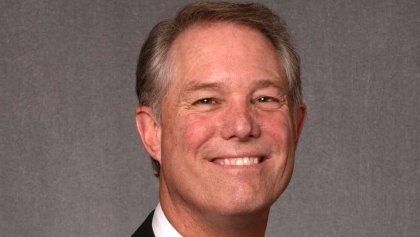 April 26, 2016 (San Diego’s East County) -- With a court verdict looming in its fight with Alpine residents, the Grossmont Union High School District board has chosen a longtime East County resident as its new superintendent.

Tim Glover has been “tentatively” selected to succeed Ralf Swenson as chief of the 11-school district based in El Cajon, the district announced late Monday.

“Terms of Dr. Glover’s contract are still being negotiated and will be announced once finalized,” the district said in a statement.

He is a 25-year resident of East County whose son is a recent graduate of West Hills High School in Santee.

“Our board is pleased with the selection of Dr. Glover,” said school board President Robert Shield. “He is an exceptional leader with a proven record of enhancing educational opportunities for all secondary students.”

Shield said Glover, 51, is committed to building positive relationships with teacher leaders and staff across the district.

“We have the utmost confidence that Dr. Glover will be a student-centered leader who will help our schools and students succeed.”

His selection comes amid a fierce legal battle with the Alpine Union School District and an allied taxpayers group, who sued the Grossmont district to set aside $41 million to build a long-promised Alpine high school.

Glover, with nearly 30 years of education experience, most recently served as the assistant superintendent of the Student Services and Programs Division at the San Diego County Office of Education.

A product of Castle Park High School, he returned to the Sweetwater district to serve as interim superintendent in July 2014. Glover also served for three years as senior director of the East County SELPA, coordinating special education services for the 10 East County school districts and the Barona Indian Charter School.

He was honored by the San Diego chapter of the Association of California School Administrators as the Special Education Administrator of the Year.

He also was an administrator in the Chula Vista Elementary School and Sweetwater Union High School districts. Glover was principal of Salt Creek, Greg Rogers and Olympic View elementary schools, and assistant principal of Hilltop Middle and High schools in the Sweetwater district.

After attending UCLA for his undergraduate studies, he earned a MS in educational administration from National University and a doctorate of education in organizational management from the University of La Verne.