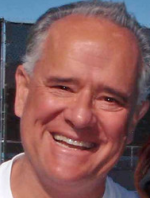 Marxen had served as president of the San Diego chapter of the Western Orthopaedic Association and held various leadership positions within Sharp Grossmont Hospital.  A friend, Mark Herzan, told ECM news partner 10 News that Marxen was beloved by his patients, colleagues and friends.

According to the County Medical Examiner, Marxen lost control of his Honda motorcycle February 23 on Black Mountain Road in Mira Mesa when he struck a curb and was thrown off the vehicle. Although he was wearing a helmet, he died at the scene despite lifesaving efforts of emergency personnel and bystanders. La Mesa Patch reported that he was on his way home from a softball game when the tragedy occurred.

He is survived by his wife, Dr. Annette Conway Marxen, his children by a prior marraige to Frances Marxen (Philip, Jefrrey Christopher, and Marissa), and his stepsons )Sean and Todd Conway).

A community leader, Dr. Marxen was past president of L Mesa Rotary Club and was an active supporter of his fraternity, Sigma Alpha Epsilon.  He played coronet and trumpet with the Acme Rhythm and Blues band and with Soul Purpose, Grossmont Hospital’s band.  He was also an avid sports enthusiast, participating in the San Diego Tennis & Racquet Club and Pacific Athletic Club.

A memorial service in celebration of his life will be held on Saturday, March 3 at 1 p.m. at Shadow Mountain Community Church, 2100 Greenfield Drive, in El Cajon.  The family suggests that in lieu of flowers, donations be made to his favorite charities: Grossmont Hospital Foundation, P.O. Box 158, La Mesa, CA 91944, or Rotary Club of La Mesa, P.O. Box 182, La Mesa, CA 91944.

A detailed obituary provided by family is posted at La Mesa Patch: http://lamesa.patch.com/announcements/jeffrey-leonard-marxen-md-60.