Transaction results in $4.9 million in savings for district taxpayers 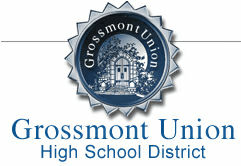 May 31, 2012 (El Cajon) -- Grossmont Union High School District (GUHSD) has successfully implemented Proposition H 2006 Series bond refunding and announces a savings of $4.9 million for taxpayers over the next 11 years. The GUHSD board approved the refunding during its April 19 meeting.

This is the second time the district has reduced the cost of financing the Proposition H bond program for the district’s taxpayers. In October 2011, GUHSD refunded $20.9 million of its Series 2004 bonds and saved $1.3 million in financing costs. Between the two transactions, the district achieved a combined savings of $6.2 million for district taxpayers.
“We are pleased to report that this funding was extremely successful and significantly surpasses the savings targets we had set prior to the sale,” said Deputy Superintendent Scott Patterson. “Our original expectations were for the refunding to result in taxpayer savings up to $4 million. Now, as a result of this refunding, the district’s taxpayers will realize a savings of $4.9 million over the next eleven years.”
Following is a summary of the transaction that was executed on Wednesday, May 2:
In March 2004, 62 percent of voters approved Proposition H, a $274 million program to fund repairs of aging schools in the district and the construction of a new school. With state school facility program dollars, the Proposition H program totals $327 million. Nearly $322 million has been expended to date.
Proposition U is an additional $417 million General Obligation Bond Measure passed by voters in November 2008. When combined with projected state funding, the estimated program budget is $601.7 million. The program substantially completes the modernization of district schools, providing classrooms and equipment for Career Technical Education, multi-purpose facilities that support the superintendent’s vision for the arts in education, and the construction of a new high school in the Alpine/Blossom Valley area. Nearly $140 million in Prop U funds are expended to date.
More information about the construction programs is available on the Proposition H and Proposition U website and the Citizens Bond Oversight Committee website.
Visit www.guhsd.net for more information about Grossmont Union High School District.
About Grossmont Union High School District
Established in 1920, Grossmont Union High School District encompasses an area of approximately 465 square miles, including all of the cities of El Cajon, Santee and Lemon Grove, most of the city of La Mesa, a small portion of the city of San Diego, and the unincorporated areas of Alpine, Dulzura, Jamul, Lakeside and Spring Valley. Over 24,000 students are served by the District’s schools. The district consists of nine comprehensive high schools, three charter schools, one continuation high school, two alternative education sites, four special education facilities, a middle college high school program, a Regional Occupational Program (ROP) and an adult education program. The District employs 2,300 full-time employees, as well as hundreds of hourly employees, making it the largest employer in the East County. More information about Grossmont Union High School District can be found at www.guhsd.net.