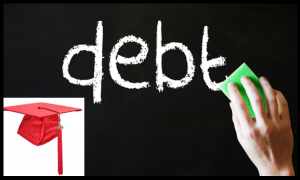 Board to vote Nov. 19 on whether to incur $550,000 in new debt to fund continuing legal battle

November 16, 2015 (Alpine)— Superior Court Judge Joel Pressman  has set a December 17th hearing date for a trial filed against the Grossmont Union High School District by supporters of an Alpine High School. The suit seeks to assure that a fair share of bond money approved by voters will be used to build the long-promised school.

The San Diego Union-Tribune reported that Judge Pressman urged both sides to settle and even offered to help—after an appeals court ruled that Grossmont violated an obligation to voters by failing to build the Alpine high school and upheld Pressman’s decision to order funds set aside.

But far from seeking to settle, the GUHSD this week will be considering approval of $550,000 in additional legal fees to continue the battle. The GUHSD already has authorization to spend $1.8 million and had spent $1.4 million as of June on the case, board documents reveal.

The case has taken seemingly more twists than a roller coaster.  Pressman initially ordered money set aside for the school, but later backed off his own arguments and reversed himself, dismissing the case.  But when the appeals court, later that same day, upheld Pressman’s original action in a ruling highly critical of GUHSD, Pressman vacated his dismissal and has now set the case to be heard at 9:30 a.m. on December 17th.

The GUHSD has also been the target of a Grand Jury report that instructed the district to build the school or turn over the money to allow the Alpine Union School District to do so. The board refused to do either action, so Alpine parents filed a petition seeking to unify the  AUSD so that it could expand from elementary and middle school to build the high school  The County Board of Education sided with Alpine parents and the matter is now pending before the State Board of Education. Meanwhile the AUSD and Alpine Taxpayers for Bond Accountability filed the lawsuit.

Ralf Swenson, Superintendent of the GUHSD, has voiced confidence that the district will prevail in court.  Attorneys for the AUSD have similarly indicated they believe their side will win.

GUHSD Board member Priscilla Schreiber, who supports the Alpine high school, blasted the GUHSD board for wasting taxpayer dollars by seeking more money to continue waging the legal battle. In an e-mail sent to ECM and others, she accused the board of “muddying the waters, the crystal clear waters” nothing that the recent appellate court decision makes clear that language presented to voters in both Propositions H and U obligate the GUHSD to build the school  (The district has contended that enrollment triggers were not met, a point disputed by supporters.)

The district is also seeking to ask voters to approve yet another bond measure – a tough sell given the level of distrust the district has engendered with its bait and switch tactics on the last two bonds. Monies have been spent on other schools, including some projects not specifically listed in the bond, while the district has abandoned its earlier efforts toward providing Alpine parents with the high school that voters twice supported in two bond measures--and now the district seeks a third.

Schreiber stated that “each time bonds are sold, issued, refinanced, refunded, reauthorized or otherwise, this same legal firm makes a couple hundred thousand in each instance, whereas the taxpayer's might see just a matter of a few cents credited back to them annually over the life the the indebtedness. So, how much do the underwriters and attorneys get for pushing boilerplate language around so you get pennies in return and they make a mint?”

Nick Marinovich, who formerly served on the Citizens Bond Oversight Committee, called the GUHSD proposal for a half million dollars more to spend on the lawsuit and its plan to hold a bond election to borrow more “totally insane and irresponsible.”  He called the board “out of control in how they spend bond money.”

Marinovich indicates that if the district goes forward with its plans, it would be borrowing up to its maximum debt capacity and is already exceeding tax rate limits per $100,000 imposed by Proposition 39 with Prop U.  Because of the district’s aggressive borrowing and declining assessed value, all future bond issues must be capital appreciation bonds “in a district that does not have a tremendous project population growth and relative AV [assessed value] rise.  Can anybody say Poway?” Marinovich asked.”This is craziness.”

He was referring to the Poway Unified School District, which borrowed $105 million in capital appreciation bonds but will have to ultimately pay back nearly a billion dollars including $877 million in interest. (See 10 News report.) Marinovich also faults the Bond Oversight Committee for “lack of really paying attention or reporting” as the law requires the committee to do.

The GUHSD board will consider the lawsuit funding in closed session at 4:30 during its November 19th meeting and vote on the action in a public meeting that begins at  6 p.m.  (Item N-3;  View full agenda here.)

GUHSD has been acting irresponsibly and unprofessional for too long, particularly on this subject. Alpine and its surrounding area is in dire need of a high school, they have voted for the high school, and paid for the high school, and it will prevail. Doing what is right will prevail. The fight that GUHSD has put up to prevent what has already been inevitably agreed up on in this matter is a testament to their poor character and lack of accountability. The waste of millions of taxpayer dollars they have spent fighting against what is right, is a pure sheer and utter shame. As it is right now, GUHSD is a disgrace to the school board and no role model our kids should follow, until they learn to improve their ways. The sooner they realize the waste of energy and resources they have spent fighting against what is right and just, the better. Alpine will get the high school that they paid for. Let this be a lesson to GUHSD to act as an honorable role model, follow through with your word, and improve irresponsible practices. Perhaps this can serve as a turning point to GUHSD to shape up, and learn to honor your commitments, rather than so disgracefully trying to weasel your way out of them. To the rest of the community, to Alpine and all residents who have experienced the need for this school, I have been following this case for the past 20+ years. There is no doubt that your time has come, and you will get the school you so righteously have paid for and been promised. Come Dec 17th, I am confident what is right will prevail. What is right here is crystal clear.

Hmmm.... As I understand this, the Fourth District Court of Appeals has issued an unusually detailed review of CA law. By my review, affirming Superior Court Judge Joel Pressman's initial $42 M preliminary Injunction against the GUHSD. This injunction is intended to reserve funds entitled to the Alpine K-12 Unified School District, upon the State Board of Education (SBE) granting its unification approval.

The SBE has yet to review and reach its decision on unification. The San Diego County Board of Education has already unanimously (5-0 affirmative) voted, and affirmed that Alpine may leave the GUHSD and build its own high school. SDCBOE recommended to the SBE that unification for Alpine be granted. Alpine meets all nine of nine of the CA Education Code unification criteria required under CA law.

... On page 18 of 18 the Appeals Court decision it says, "Grossmont [The GUHSD] does not cite any case showing, or otherwise persuade us [THE COURT OF APPEAL, FOURTH APPELLATE DISTRICT], that the trial court abused its discretion by issuing a mandatory preliminary injunction in the circumstances of this case to preserve the status quo until the trial on the merits."

Further the CA COURT OF APPEALS said, "The order [the $42 Million Injunction] is affirmed. Alpine is entitled to costs on appeal." This is saying that GUHSD must reimburse Alpine its legal costs. This is entitled. Imagine that. This Higher Court opinion favors Alpine from its first page, through to its last, in all eighteen pages.

We paid gor a high school TWICE that grossmont refuses to build and will borrow money to fight! Now grossmont wants to shut down the SUCCESSFUL charter high schools! Next a third bond???? Forget it you crooks!