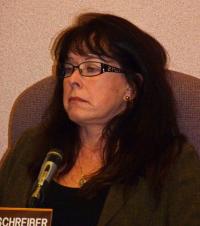 ECM also contacted Barry Jantz, who heads up the Grossmont Healthcare District, to ask if that District restricts its members from addressing the hospital’s oversight committee. We also asked his views on whether a district can --or should--prevent elected members from testifying to an oversight committee if they choose to do so.  (We did not disclose to Jantz which District was in question, to avoid any perception of bias.)

Jantz noted that officials need to be sure a majority of  members do not attend a meeting at the same time to avoid Brown Act violations.  But he made clear, this case is different--involving the right of an elected official to provide what he or she believes is important information to a commission, either in person at the meeting, or in writing or via a phone call to the commission chair.

“I believe that is an ABSOLUTE right, no question,”  Jantz wrote in an e-mail to ECM.  “The "’independence’ of a commission or oversight body means they are to have the ability to independently carry out their duties, in an unfettered manner. It doesn't mean they will have no contact with the agency and it's elected officials. In fact, the independent body is RELIANT on information from the agency to carry out its duties, so must have contact with the staff,” Jantz concluded.

The GUHSD resolution claimed that “attendance of individual Board members at CBOC meetings may impact the degree to which the CBOC conducts its business independent from Board influence” as justification for its heavy-handed effort to bar trustees from speaking to the oversight committee.

Schreiber called the board’s efforts to muzzle her, led by board member Jim Kelly,  “unbelievable” and added that she’s weighing a legal challenge to the effort.

Schreiber and others have alleged that the CBOC chair has withheld key information from committee members  and presented only the Board’s viewpoints, whitewashing what many contend is wrongdoing by the board including misallocation of bond monies for projects not approved by voters, while failing to fund construction of a high school for Alpine.

"How deaf can this CBOC be without being complicit and compliant with the Board majority’s political bias towards Alpine, as cited by the Grand Jury?" she asked recently.

The Grand Jury took the GUHSD board to task for its actions in a a report titled “Fool me once, fool me twice” and urged the Board to provide clarity by year’s end to Alpine voters as to whether or not the 12th high school would be built. But the board instead imposed still more conditions that enable the Board majority to keep denying Alpine residents a high school for their children.

Disillusioned and disguted, over 3,000 Alpine parents have now signed a petition submitted  to the County Board of Education requesting that the Alpine Union School District be unified. Unification frees Alpine families to leave the GUHSD district and work toward winning approval to have the AUSD—not the GUHSD—build a high school.

As for what happens to all that money twice approved by voters in bonds to fund the Alpine high school remains to be seen, since the district has spent off many of those funds on other projects not approved by voters.

ECM has asked the District to respond to CALAWARE's conclusion that its proposed action to stifle board members from addressing the oversight committee is illegal. We have not yet received a response.