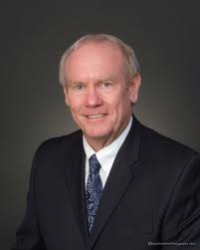 September 18, 2014 (Alpine)—The Grossmont Union High School District Board (GUHSD) has passed a resolution opposing the proposed Alpine unification initiative.  Now, Superintendent Ralf Swenson has issued a statement to media voicing disappointment that a County committee has approved the unification measure and sent it on to the State Board of Education to take action. He wants to see all voters in the district have a say on unification, not just voters in Alpine.

In his letter, Swenson claims a unified Alpine district won’t be able to afford to build and operate a high school offering programs comparable to those in the Grossmont district but insists that the GUHSD can’t afford to build the school, either.  Moreover, he  claims that the GUHSD remains 2,400 students below the “trigger” that the district has set for enrollment and that further declines are projected, making the likelihood that the district would ever build the promised 12th high school for Alpine appear to be virtually zero.

His letter has sparked a heated response, including a rebuttal from education leader Bill Weaver debunking dubious claims made by the Superintendent. Weaver has previously co-chaired education and business commitees for both the East County and Mountain Empire Chambers of Commerce.

Voters twice voted for bond measures specifically to build the Alpine High School.  Alpine parents contend that funds they approved for that purpose should be transferred from the GUHSD to the Alpine District after unification is complete, along with the land the district bought for the school in Alpine.  The County Committee on School District Organization has sided with Alpine parents.

Swenson states he is “deeply troubled” by this action, which he claims disregards the education program needs of students at other high schools in the district. He claims that since Alpine students account for just 4% of the district’s students, less than $6 million would be transferred—and the district aims to keep the land.

As for why he backs having voters district-wide participate in determining whether Alpine unification can move forward, Swenson concludes, “All stakeholders should have a voice in the ultimate outcome, in the unlikely event that the State Board one day approves this ill-advised petition. We will be taking all necessary steps to stop this process form being endorsed by the State Board of Education in Sacramento.”

But  Weaver, in a blistering rebuttal to Swenson’s statement, accuses the Superintendent of “a complete distortion of the truth and facts.”

Weaver notes that the GUHSD board previously passed a resolution promising to escrow, or set aside, $65 in bond funds for the Alpine high school.  Money to pay for the land in Alpine was funded out of bond funds,not the general fund, and thus should be transferred to the Alpine district to build the high school, Weaver contends.

He says that allowing only Alpine voters to vote on unification complies with the State Education Code and that three separate San Diego County Education board hearings all resulted in findings favorable to Alpine parents, following hours of testimony all fact-checked by an unbiased third party.

Bond monies from Prop H and U cannot be used for operating expenses for the GUHS, nor for GUHSD “convenience,” Weaver observes. Addressing Swenson directly, he adds, “The SDCOE Board was right in finding against you, just like the San Diego County Grand Jury report and investigation on GUHSD use of bond funds was not to GUHSD liking.”

Weaver notes that the San Diego Taxpayers Association, the GUHSD Boundary Committee chairman, and other credible sources have all sharply criticized the GUHSD bond oversight practices.  He cites links to numerous past East County Magazine articles and other media reports that further bolster his arguments.

“The GUHSD should take ownership of its own poor decisions, not lay blames on others,” Weaver concludes.