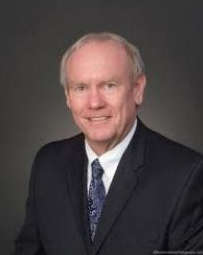 January 17, 2016 (San Diego’s East County) – Ralf Swenson, Superintendent of the Grossmont-Union High School District, announced during Thursday’s board meeting that he will retire on July 1st.

Swenson joined the district in 2010, after previously working for the Nevada Joint Union High School District in Grass Valley, California. He has stated that after “much careful consideration and serious reflection” he will be retiring to spend time with his wife, Chris, their four grown children and two grandchildren expected later this year.  He also looks forward to having time to read novels and practice yoga, the San Diego Union-Tribune reports.

During his six-year tenure at Grossmont, the district upgraded campuses with many new buildings due to passage of Propositions H and U, modernizing many campuses.  The district also worked to improve test scores, making some significant gains in API scores.  Grossmont  opened a new high school named the IDEA Center, opened two career technical education buildings at its continuation school, and aligned its curriculum with the Grossmont-Cuyamaca Community College District to help deserving students with scholarships and free tuition.

But the district has also been embroiled in controversy throughout Swenson’s time at the helm.  Redrawing district boundaries sparked controversies over inadequate notification  to middle school parents whose children would attend district high schools.  The district’s refusal to build an Alpine high school despite two bond measures approved by voters in part for that purpose led to a Grand Jury investigation and recommendations that the District failed to abide by, sparking a petition from parents seeking to split the district and expand the Alpine Union School District to include high school age students.  Alpine taxpayers and the AUSD have also filed a lawsuit over the issue, which heads to trial this year.

Grossmont has blamed declining enrollment for its decision not to build the school. Part of that decline is attributable to students opting to attend charter schools, including some charters not approved by the district but located within its boundaries. The district has taken legal action seeking to shut down the unauthorized charters, drawing protests from parents, students and teachers at those schools who contend the district was not meeting students’ needs, particularly for the region’s many Chaldean immigrants, working students, pregnant pupils, and students who have aged out of the system or dropped out.

An attorney for Diego Charter School sent the district a notice late last year contending that it is violating the California Voting Rights Act, which could require redistricting to give minority populations a greater voice in future district elections.