Take our poll: Should the GUHSD have notified all residents by mail before changing school district boundaries?

January 21, 2012 (San Diego’s East County) – At a Grossmont Union High School District board of trustees meeting on October 13, trustee Priscilla Schreiber asked Superintendent Ralf Swenson how workshops on proposed district boundary changes would be publicized. Swenson replied, “We are sending out mailers, putting things on websites, and we are working with our feeder districts to get the word out through their schools…”

But no mailers were ever sent to district residents. Nor did feeder schools (middle and elementary) notify parents of future high school students. Yet the district approved boundary changes November 10 that will affect thousands of students. Now a clamor has arisen among parents who had no idea such changes were in the works—and want the action reversed. 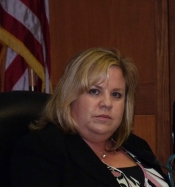 Kathleen Hedberg, a parent in the district and a trustee herself on the Helix Water District Board, contacted Schreiber after researching the issue and finding out that the Superintendent’s promises regarding notification were never fulfilled.

“Due process did not occur,” Hedberg wrote in an e-mail to East County Magazine.  “Approximately 3600 homes were affected by this change that affects our children’s future and property values; we (homeowners) were NOT notified.”

Schreiber told ECM that after Hedberg brought the issue to her attention over the holidays, “the firestorm hit. I talked to the Superintendent. He said,`I did tell the feeder districts we were doing this, but we didn’t get them any documents for follow-up.’ There was no mailer to send out.”

The district did send a press release to local media and several publications ran articles, including ECM.  Information on the boundary changes was also posted on the district’s website and in a Superintendent’s newsletter. But concerned residents and at least one trustee contend that’s not enough. 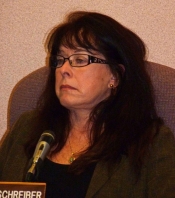 “Parents should be mad. They have a right to be mad. You can’t just post it on your website and hope people get there,” said Schreiber, who added that many people don’t read the local media daily. She further objects to the makeup of the boundary district itself, which did not include parents from most feeder districts.  Nor was traffic congestion considered, she noted.

A delegate to the California School Board Association, she said she recently asked fellow delegates about their procedures for changing district boundaries. “I told them ours was staff driven with no feeder district representation whatsoever and their mouths dropped,” she disclosed.

Mayan Avitable, a former teacher in the La Mesa Spring Valley School District, says LMSV would never have implemented boundary changes without the active participation of parents.  “We learned way back in the converting to year-round schools era,” she observed, “that the way to get things done is to involve everyone at every step. While other school districts were fighting parents in every way with their conversions, we were having parents support the choices they had participated in making.  The entire community participated. Options were provided.”

Avitable thinks the GUHSD needs to go back to the drawing board and “start over to solve their problems. Form committees, include parents, the community, and school staff to re-adjust the school attendance inequities,” she suggested. “Who knows? Some innovative solutions may even be found. It’s time.”

ature finds and declares all of the following:

(a) It is essential to our democratic form of government that

and other citizens participate in improving public education

in the education process is fundamental to a healthy system of

The Education Code further gives parents the right to “observe the classroom or classrooms in which their child is enrolled or for the purpose of selecting the school in which their child will be enrolled” and to request a specific school, though a district is not obligated to grant the request.  The code requires that schools make available a broad spectrum of information to parents on issues ranging from school rules to school test score results, clearly encouraging keeping parents informed about issues that will affect their child’s education. 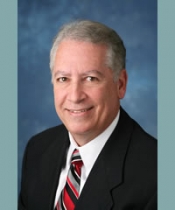 Doug Deane, who chaired the Boundary Committee, wrote an editorial defending the committee’s recommendations and the district’s notification procedures.

“Considering the current budget issues faced by all the districts in the state, I don’t believe that sending a mailer to each and every family within the District’s boundaries would be practical, or fiscally prudent,” he wrote. “I saw notices of the community forums in the Superintendent’s Newsline, in East County Magazine, in the Union-Tribune, and in other East County publications.”

He added, “I’d like to emphasize that our deliberations were exhaustive, comprehensive, and that we solicited public feedback during our deliberations and afterwards.” But he noted, “If there are residents who believe that they were not given reasonable notification, it’s their right to show up at a future board meeting, in order to share their feelings with the Trustees.  I encourage them to do so.”

Deane expressed confidence that the boundary changes are “equitable” and noted that several mitigation measures were also approved, specifically:

Those factors don’t address the concerns of parents whose children haven’t yet reached high school age, however.  Or why feeder school parents were largely left in the dark while boundary lines were being redrawn.

One parent contacted ECM to state that his school regularly robo-calls parents about other issues.  If a mailer was too expensive, he asked, why couldn’t robo-calls be made to notify parents about the boundary changes?

Some parents in the district have received mailers on other topics, such as an invitation to a career night at Cuyamaca College.  Monte Vista High School recently sent a mailer to parents in feeder districts inviting them to a barbecue, ECM has learned.  Is a barbecue really more important than notification about district boundary changes?

A key reason for shifting school district boundaries was to balance the student population size among schools, Deane noted, since some have declined sharply in enrollment while others are overcrowded.

But Schreiber counters, “If Santana is declining, lop off part of it, make it a magnet school, offer some online programs to draw in more people instead of shuffling people to areas that they don’t want to go into.”

She said the push to approve the boundary changes was “staff driven, Superintendent driven.”

Schreiber voted against the boundary changes for multiple reasons, including its impact on Alpine. The boundary committee assumed that no new high school will be built in Alpine due to the district’s budget cuts, even though Alpine voters twice voted for ballot measures that raised their taxes to fund construction of a high school in their community.

The district’s failure to spend money on postage for a mailer, or even to utilize the district’s free robo-calling system, may prove costly if any disgruntled resident resorts to legal action over the boundaries. But Schreiber and dismayed parents hope for a more positive resolution.

“It is my hope that this board will ask the Superintendent to step back and invite a subsequent committee made up of two parents from each feeder district,” she said, adding that a review of the boundary change plan should be done for starters.  “How long until the district stops disenfranchising people?” she asked.

ECM has contacted Superintendent Swenson’s office to request his response to the questions and concerns raised over the boundary changes and notification procedures.

District spokesperson Catherine Martin replied on January 23 to indicate that she shared our questions with the Superintendent. “He has met with a group of involved parents around this issue and is working toward a joint solution,”Martin responded.  “He asked that I let you know that he will have more information available to share shortly.  We'll be in touch very soon.”

To view the old and new boundaries and learn how it affects your family, and get additional boundary information from the District, visit http://www.guhsd.net/index.php/attendance-boundaries.

Actions parents and residents can take

Whether you support or oppose the boundary changes and procedures, there are several ways to make your views known.

4.       Superintendent Swenson will be a speaker at  “a brown bag lunch and learn” meeting at the East San Diego County Board of Realtors at 1150 Broadway, El Cajon on Wednesday January 25 from 12:30 am to 1:30 pm.  Catherine Martin, Director of Public Affairs and Legislative Relations for the District will also be there.  You can call your Realtor with your questions or +e-mail our real estate columnist, Charlotte Reed at charlottereed@cox.net with your questions, or attend in person. This meeting is open to the public.  The space in the Regency Room is limited, so be sure to call Sally Valdez to RSVP.