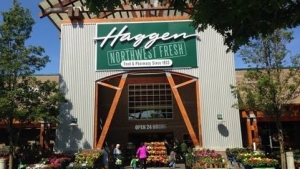 October 2, 2015 (San Diego) – Just days after announcing plans to file for bankruptcy and reorganize around fewer but more profitable stores, Haggen Market has announced it will close all 25 San Diego County markets.

Haggen, which took over numerous Albertsons and Vons throughout the city, failed to win acceptance among consumers with many complaining of high prices.  The closures leave more than 1,500 San Diego grocery workers jobless, and many communities without a place to shop.

Mark Arabo, head of the Neighborhood Market Association which represents 2,300 small businesses across the southwest, called new announcement “a shock and disappointment to the San Diego small business and labor community.”  He added, “Haggen’s should be ashamed of their mismanagement of stores, and negligence to the San Diego workforce. Just like that, 1,500 employees are without a job. Just like that many communities throughout the city are without a store to fulfill the simplest of grocery needs. Corporate interest has decided to turn a blind eye to the struggle of the middle-class workforce.”