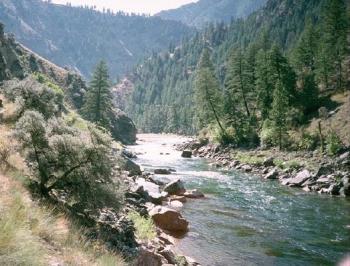 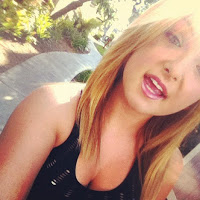 Earlier today, DiMaggio’s car was positively identified in the rugged Frank Church wilderness area near the River of No Return in Idaho.  During a live feed from KTFB in Idaho, Acting Public Information Officer Andrea Reardon of the Valley County Sheriffs Department confirmed that horseback riders “came across a man and a woman near Moorhead Lake” about six miles from where the car was later found. The pair matched the descriptions of DiMaggio and Hannah Anderson.

There was nothing immediately alarming about the encounter, but a witness noted they had both hiking and camping gear. What the witness noticed was “something odd about the interaction.”

Once the witness got home, he saw media reports and called the Amber Alert system to report the possible sighting. Idaho St 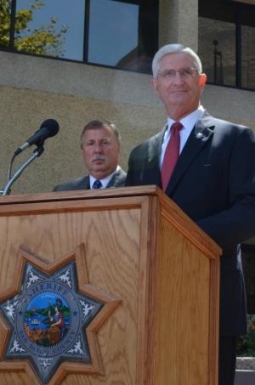 ate Police were involved this morning, and after searching the area near Moorhead Lake they “found the Nissan Versa that came from San Diego.”  The license plate had been removed and an effort was made to conceal it beneath brush, however a vehicle identification number provided positive confirmation.

"I'm very confident -- and I think we should all be optimistic -- that (Hannah) appeared to be in ... good health and was alive on Wednesday," Sheriff Gore said, 10 News reported. "And we hope that ... law enforcement will find them in the mountains there, and return them safely."

DiMaggio reportedly bought camping gear in recent weeks and friends have indicated he is an avid outdoorsman.

He cautioned that DiMaggio may be armed with explosives.   The car has been secured by has not yet been for evidence until it can be determined that it is not booby-trapped.

This trail head is 50–60 miles East of the Cascades. “The distance from the trail head is about six to eight back country miles into the wilderness area,” said Reardon. “You cannot access it by car. They were on foot.”

Authorities said that there are multiple teams already on the ground, searching by foot, horseback,  all terrain vehicles, as well as an aerial search. She also said that more teams are on the way, from multiple local, State and Federal Agencies.. It is being treated as a Search and Rescue mission

Reardon said there are no evacuations in place,  but there are road blocks set up. While they are focused on recovering Hannah Anderson, they also have to be mindful of security concerns for all involved.

That the search of the car Reardon said that they have evidence collection crews, hoping to lead search  crews into "the next best place to begin searching."

As to the size of the search area Reardon added that  "this is a 300 square mile area." She added some more granular detail, it is rugged, with a lot of cover, both trees and brush, with steep cliffs in places. It is not accessible to any vehicles. This tough terrain "adds to the challenge of the search."

As to the witness who came across the man and woman in the wilderness, she repeated that  while the encounter "was odd" Reardon would not speculate as to what threats might have been made to Hanna by DeMaggio. But now the Aida Sherriffs Office can confirm that it was indeed Anderson and DiMaggio.

August 10, 2013 (Cascade, Idaho) According to Reardon in an update this morning, "detectives from San Diego are to aproach the vehicle and process it for evidence." Depending on what they find what they do regarding evidence. She also said that Explosive technicians went through the vehicle last night and found it explosives free.

As of now they have 150 people on the ground, but they expect to have 200 personnel by the end of the day. "They are coming from all over the country."

This is a large wilderness area, with trail heads leading into it, "where a traditional grid search pattern is not useful." She added, "cellphone coverage is not something have there.." And they have had no further reports of sightings.

Support Fund for the Anderson Family

We got the information from her aunt, Jennifer Willis