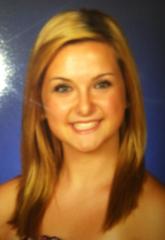 “We want to thank the public for looking out for Hannah and Ethan Anderson during the Amber Alert and calling in your tips to law enforcement,” Sheriff Gore said.

Hannah has been taken to a hospital for a full medical evaluation, though she appeared to be in good health.  She had been missing since Sunday, when the bodies of her mother, Christina Anderson, and brother Ethan, 8, were found in DiMaggio’s burned home in Boulevard.

This operation was initiated after a group of horseback riders observed a man and young girl hiking who matched the description of the suspect and Hannah.   DiMaggio's blue Versa was located Friday morning. Federal, state, and local resources were dispatched to Idaho, to locate the pair. A large-scale operation immediately ensued. Six representatives from the San Diego Sheriff's Department traveled to Idaho yesterday.

Three U. S. Marshals' Fugitive Task Force Officers, flying in a U. S. Marshals plane, were the ones who located DiMaggio's tent early this morning from the air and then coordinated the insertion of FBI SWAT and Hostage Rescue Team members.

“I want to emphasize what a massive collaborative effort this was with federal, state, and local law enforcement representatives from the San County Diego Sheriff's Department; FBI; U. S. Marshals Service; Ada County, Valley County, Idaho County Sheriff’s Departments; Idaho State Police; and U.S. Customs and Border Protection,” Sheriff Gore noted. “We are looking forward to reuniting Hannah with her family as soon as possible.”

He added that the response and help of the media was also critical in getting information to the public, which ultimately led to DiMaggio's location and the recovery of Hannah.. We will also work with Hannah and her family to get them the resources they need following this ordeal.”

Detectives from the San Diego County Sheriff’s Department and other law enforcement agencies are now gathering evidence at the site where Hannah was rescued.