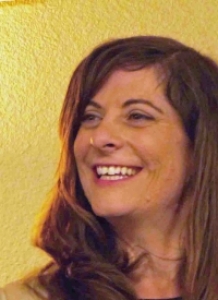 May 12, 2017 (San Diego’s East County) — Hannah Gbeh has informed ECM that she is withdrawing her candidacy in the 50th Congressional District, after participating in two candidate forums with seven Democrats vying to run against incumbent Republican Duncan Hunter.  Her reason, given fortuitously on Mother’s Day weekend – is that she’s expecting her third child.

Gbeh provided the following statement: “I have decided not to run in 2018. I started contemplating this idea before I found out I was pregnant with my 3rd child. Now that I am further along in this process, I can see that 2017/2018 is not the right election cycle for me. However, I look forward to running in the future!”

An elected member of the Jamul-Dulzura Community Planning Group, she is also an environmental teacher, consultant and researcher, as well as an organic farmer who serves on the board of the County Farm Bureau. She has worked as a consultant for the U.S. Environmental Protection Agency and as program assistant for the Oglala Sioux tribal government. She also founded a nonprofit that provides food, shelter, clothing and healthcare to the poor and disadvantaged.