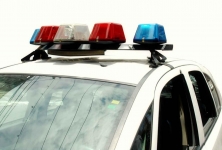 January 1, 2011 (Lakeside) – An argument that began with racial slurs resulted in a fight involving 30 to 40 people shortly before midnight on New Year’s Eve. The brawl ended with multiple injuries and five arrests in Lakeside.

According to San Diego Sheriff Sgt. Joe Passalacqua, deputies were called to the scene of a fight in a parking lot of a Lakeside apartment complex at 12905 Mapleview Street in Lakeside around 11:15 p.m. The crowd began to disperse and suspects were identified from witness accounts.

Deputies were assaulted when they contacted two suspects and used Tasers to subdue the subjects, who were taken into custody. Through the on-scene investigation, deputies determined the argument began when one individual used racial slurs. A fight ensued and the individual who used the racial slur was knocked unconscious. The Union-Tribune reports that the slur was made against a black man.

Five people were taken into custody for various charges to include terrorist threats involving a hate crime, felony battery, and delaying peace officers while in the performance of their duty. No deputies were injured. Four suspects were transported to a hospital for injuries received. A witness told East County Magazine that there was blood in the streets and emergency responders from multiple agencies on the scene, including ambulances and firefighters in addition to Sheriff’s officials.

I hate when this kind of crime happens to me or any other closely related person. Why people are doing this kind of things?
army bases in Florida

this seems to be really interesting and I am sure that the people will like it.
test

What is the world coming into? They need to stop these crimes! It would be safer to be yourself quotes and just stayed home.