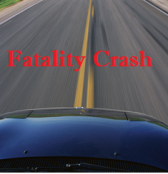 August 27, 2015 (Jamul) – A 75-year-old man driving a Chevy Blazer is dead of injuries sustained in a crash that occurred at 12:50 p.m. on State Route 94 west of Steele Canyon Road in unincorporated San Diego County near Jamul.

According to Officer Kevin Pearlstein from the California Highway Patrol, the  elderly driver’s vehicle drifted across a turn lane and into oncoming traffic, striking a Toyota Sienna taxi head-on.

“The driver of the taxi had no time to perceive and react ot the vehicle in his lane,” Officer Pearlstein said.

Three occupants of the taxi had minor injuries and were transported by ambulance to Sharp Memorial Hospital.  Alcohol and drugs were not factors in the accident, which occurred on a straight stretch of roadway.

Highway 94 was closed for a short duration due to the emergency but is now reopened in both directions.