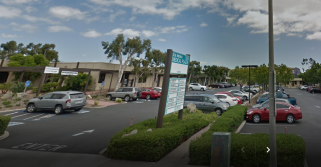 The San Diego Union-Tribune reports that the clinic contracts with the County to provide mental health services for hundreds of at-risk children.  Moises Baron, who runs the clinic, says he was never notified about the marijuana dispensary’s application and learned of it only after it was approved.

The city requires dispensaries to be over 1,000 feet from minor-oriented facilities which are defined narrowly in Proposition U, which legalized medical marijuana sales in La Mesa, to include only after school programs, teen centers, clubs for boys or girls, children’s theatre, or museums primarily for minors.  The city attorney’s office reportedly reviewed the language, Development Services Director Kerry Kusiak told the Union-Tribune, and found it does not fit the description.

But Baron says it does, because it includes after-school mental health services for students referred by schools. He is also upset because he previously fought to shut down an illegal dispensary in the same center. He opted to expand the clinic’s services to autistic children after the illegal dispensary shut down.

Supervisor Dianne Jacob has also weighed in, arguing it could be “harmful to families and our community” to allow a dispensary near the clinic.

The council will consider the appeal at its April 24th meeting, which starts at 6 p.m. in the La Mesa City Hall.

Can be utilized for children as well as adults. Combating autism symptoms is just one proven example.