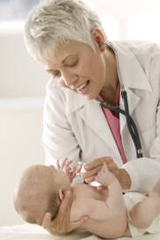 September 8, 2008 (SAN DIEGO) – A landmark bill to
provide guaranteed universal healthcare coverage for every man, woman and
child in California (including medical, dental, mental health and eye care
coverage) has been approved by the State Legislature.   Governor
Arnold Schwarzenegger has until September 30th to sign the measure, SB 840
by Senator Sheila Kuehl, into law.  But the landmark healthcare reform
measure is at risk of becoming a casualty of the state budget impasse; Governor
Schwarzenegger has threatened to veto all bills because the Legislature has
not yet approved a budget.

“Our healthcare crisis today has become a clear and present danger to
the health, safety, and economic security of all Californians and all Americans.  We
need comprehensive reform that will genuinely fix this broken system and end
this national nightmare, starting in California and then in Washington,” said
Malinda Markowitz, RN, co-president of California Nurses Association, a key
sponsor of the bill.  CNA is part of a broad coalition mobilized to support
passage of the bill.  The group plans to run an ad urging Schwarzenegger
to assure healthcare for all Californians and points out that Schwarzenegger’s
homeland, Austria, provides guaranteed healthcare for its people. (See details
at www.healthcareforall.org).

Readers wishing to contact Governor Schwarzenegger to voice an opinion for
or against on this measure can e-mail
the Governor’s office,
call his San Diego office at (619) 525-4641 or (916) 445-2841 in Sacramento.

Senator Sheila Kuehl, the bill’s author, said SB 840 “takes the
money we’re already spending and uses it more efficiently to cover everyone.
We’re wasting a third of our health care dollars on bureaucracy because
insurance companies make the system too complicated, premiums are skyrocketing
and thousands of Californians are dying every year because of preventable medical
errors.”

A study by the Lewin group concluded that the bill would save California $20
billion in the first year alone.  That estimate has been confirmed by
the California Legislative Analyst’s office.  “The total operating
cost of the new single payer insurance system would be less than the cost of
maintaining the agencies and insurance policies that it would replace,” the
nonpartisan League of Women Voters concluded in a background paper prepared
on SB 840.

Despite formal opposition from the American Medical Association (which also
opposed the establishment of Medicare), the Annals of Internal Medicine reported
in April that over 50% of individual doctors now support establishment of national
health insurance – up from 10% just five years ago.  SB 840 would
provide a similar universal healthcare system for Californian which advocates
hope could become a model for national healthcare legislation.

Other opponents include the insurance industry, California Chamber of Commerce,
and California Taxpayers Association.

“We applaud the Governor for announcing his intention to veto SB 840,
which would create a government-run health care system in California, leading
to billions of dollars in new taxes on individuals and businesses, while not
addressing the key issue in health care today—cost,” California
Chamber of Commerce president Allan Zarenberg stated in a September 6th press
release, noting that Schwarzenegger vetoed an earlier version of the bill two
years ago.  He predicted that the measure would “jeopardize the
state economy” and noted that millions of Californians now receive health
insurance provided by employers.

But many employers don’t provide coverage – and even those that
do often leave employees facing increasingly high premiums, deductibles and
co-pays, observed Susan Duerkson, past co-director of Healthcare for All San
Diego and current director of communications for the Center on Policy Initiatives,
a San Diego-based research organization which has issued reports on the working
uninsured.   “2.9 million working adults in California have
nothing, not even MediCal. They are completely uninsured,” she told East
County Magazine.  Over two-thirds – 69% -- of all uninsured
adults in California are working.

Of those who are employed in California, less than half (49%) get insurance
through their employer. Others get insurance through spouses or government
programs such as MediCal or Medicare, while 17% (2.9 million) have no health
insurance at all.  That figure does not include the number of non-working
people who are uninsured, including the unemployed, disabled, or elderly.  Nor
does it include the millions of children left with no health insurance coverage.
Uninsured people who can’t afford preventative care or early treatment
for illness often wind up in emergency rooms, driving up the cost of healthcare
since those expenses are absorbed by hospitals and passed on to the insured,
she noted.

The problem also leads to hospital overcrowding and poorer quality care.  According
to the League of Women Voters, “Many uninsured individuals die prematurely.” The
Institute of Medicine estimates that 18,000 people die each year in the U.S.
because they lack health insurance.

Here in San Diego County, middle-income working adults in San Diego County
continued to lose  health insurance coverage from 2003 to 2005 (the most
recent period for which local figures are available), despite a drop in the
total number of uninsured, CPI has reported.

People like Darlene Roby, who provides home health care for three elderly
women in La Mesa. Roby has no health insurance and has not had a raise in six
years.  In debt because of medical bills, she sleeps on a friend’s
couch.

“I am personally a fervent believer in healthcare for all,” said
Duerksen, adding that CPI has not taken a position on SB 840. “The money
is there. The bill would actually save money.  We spend so much now on
health insurance that goes into an incredible amount of marketing, executive
salaries, profits and all the staff that the insurance companies have geared
solely to denying claims…and they’re taking 25% off the top or
so for administrative costs.” SB 840 aims to eliminate waste by reorganizing
how health care dollars are spent.  A study conducted by the Lewin Group
concluded that the overall costs under SB 840 would be less than all current
system costs and that most individuals, businesses, state and county governments
would actually save money.

The California Chamber of Commerce has voiced concerns about increased costs
to businesses. But Duerksen responded, “If you’re a business who
is trying to do the right thing and provide healthcare for your employees,
your competitors have a very unfair advantage if they’re not providing
coverage, because it’s so expensive.”  While costs would likely
decline for most individuals and employers currently providing insurance to
employees, companies that don’t provide health insurance and some wealthy
individuals may have be pay more, she added.

Kuehl’s office said studies indicate that the bill would provide significant
savings to any business that currently provides any sort of healthcare, even
those covering only part of their workforce with low benefits.  Public
employers and any large employer that provides retiree benefits should also
realize savings, since retiree healthcare is currently dramatically underfunded
due to the rising cost of healthcare.

“My Dad owns a nursery, and he is paying substantially more now to insure
his employees than he would pay if SB 840 becomes law,” said Sarah Rogers
in Kuehl’s Sacramento office.  “It’s no accident that
our healthcare outcomes are twice as bad as other industrialized countries,
and yet our costs are twice as much.”

If passed, the bill would not take effect until a ballot initiative establishing
a funding mechanism is approved by the people. Kuehl’s office maintains
that money is available without raising taxes, but chose not to include funding
language in the bill because it would have then required a 2/3 majority approval
by the Legislature.  The Senator aims to include language in the ballot
initiative that would provide tax exemptions to help small businesses, such
as exempting the first $7,000 of payroll expenses for each employee.

Not surprisingly, the most vocal opposition has come from insurers who stand
to lose money from administering policies in California since the bill requires
that at least 85% of premium revenues be spent on actual health benefits.  “We
do not like to see this kind of legislation; we think there can be some unintended
consequences,” Wellpoint spokesperson Michael Kleinman said, according
to a Kaiser Daily Health Policy report on September 3rd.  In
a Wall Street Journal interview, UnitedHealth Group spokesperson Tyler
Mason said insurers object to the SB 840 proposal without other changes to
the state’s healthcare system.

Proponents seek to dispel some misperceptions about the plan. 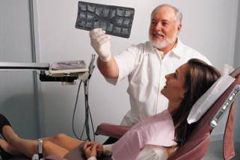 Unlike
socialized medicine programs found in England and other countries, doctors
would not work for the government.  All patients would be free to choose
their own primary care doctor and dentist. Women could also choose their own
ob-gyn doctor.  Comprehensive benefits for all Californians would include
preventive, primary, specialist, emergency, hospice and home health care, hospitalization
and surgery, dental, vision and hearing care, mental health and substance abuse
treatment, prescription drugs and prescribed medical equipment.

Asked whether veterans, active duty military personnel or others who currently
have coverage under other government plans could qualify for coverage under
the SB 840 plan if passed or opt into the new system if not satisfied with
their current care, a Kuehl spokesperson said the Senator would like to provide “wrap
around coverage” but that it will be up to the federal government to
determine whether to allow that or not.

What about fears of longer waits under a single-payer plan administered by
the state of California?

“I have a supposedly good HMO and usually I have to wait four or five
months just to get an appointment now,” said Duerksen. “The per
capita spending in Britain is less than half of what we spend here already.
We have the money.  If we took the same per capita spending we have in
this system and put it into healthcare, you’d probably feel like you
were getting luxury care.”

If signed into law, SB 840 would also make health insurance portable, meaning
workers would no longer lose insurance if they lose their jobs, change jobs,
retire, or become self-employed.  In addition, it would assure coverage
to people with pre-existing medical conditions.

“It means more Californians earning, putting money back into the economy,
able to pay mortgages, and contributing to reducing the state budget deficit,” she
concluded.  “Overall, the impact will both guarantee healthcare
and a healthier California.”

Schwarzenegger just vetoed SB 840, along with many consumer protection bills.

Details will be posted tomorrow in an editorial submitted by Sheila Kuehl, author of SB 840.

It is nice what you want to do in this area. I am sure that we will see improvements if we will continue in the same manner. Great job! online pharmacy