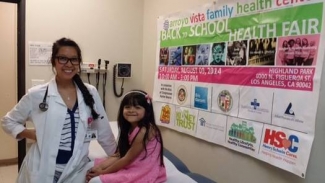 January 8, 2018 (Sacramento) - Some health experts are predicting the mother of all Medicaid and Medicare battles this year, as Republicans take a run at cutting social-service programs in order to reduce the deficit.

The GOP failed twice to repeal the Affordable Care Act in 2017, but succeeded in undermining Obamacare by stopping cost-sharing reduction payments to insurers, and repealing the individual mandate to buy health insurance. Anthony Wright, executive director of Health Access California, said the ingredients are there for a showdown in 2018.

"The congressional leadership has made clear that they intend to pay for the tax cuts that they just passed by cutting major health care programs,” Wright said. "They call it entitlement reform. What their budget indicates is a $1.5 trillion cut to Medicaid, Medicare and other vital health programs."

The Congressional Budget Office has estimated the GOP tax bill will leave 13 million people uninsured and lead to at least a 10 percent rise in premiums. Currently, 74 million Americans are on Medicaid, and 55 million rely on Medicare.

Republican leaders have said entitlement reform is necessary to keep the programs solvent.

President Donald Trump has repeatedly said that the ACA is "in a death spiral." Wright noted that Trump's policies continue to impose significant costs on patients.

"Between the repeal of the ACA mandate and the de-funding of cost-sharing reductions, that introduces a lot of uncertainty, which causes premiums to go up,” he said. "It causes some insurers to withdraw from the market, leaving consumers with fewer choices and more expensive premiums."

Wright said he expects that between 10 and 20 states will see insurers leaving the individual market altogether in 2018.