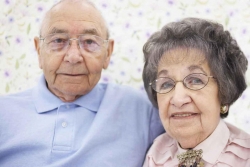 November 10, 2011 (Sacramento) – California, already ranked among the nation’s worst in Medi-Cal reimbursement rates, faces more steep cuts in its 2011-2012 budget. In late October,the federal government approved the bulk of the state's cuts. Now, Congress will soon weigh whether to slash a mammoth half-trillion dollars from Medi-Cal and Medicare.

“Cuts to these programs would deny millions of seniors, people with disabilities and children lifesaving care and cost our country millions of good jobs,” states a press release issued today by SEIU United Healthcare Workers West, Catholic Healthcare West, and a coalition of doctors and patients.

A survey released November 7 by Avalere healthcare found that more than 63% of nursing homes in California expect to lay off nursing staff if Medicare cuts are imposed.

In October, the federal Centers for Medicare and Medicaid approved California’s plan to slash reimbursement rates by 10 percent for many outpatient services including doctors, clinics, optometrists, therapists, laboratories, dental, durable medical equipment and pharmacy services. In addition, a 10 percent cut was approved on free-standing nursing and for some nursing home facilities.

In addition, California wants patients to foot the bill for mandatory co-payments and also place a cap on health care visits, though the federal government has yet to decide whether to approve those changes or not.

The Department of Health Care Services director Toby Douglas in Sacramento has called the cuts “painful but necessary reductions” and claims the cuts comply with federal access requirements.

The California Medical Association has announced that it will file a lawsuit seeking to block cuts in payments to medical providers. In the past, courts have blocked or reduced some reductions in Medi-Cal services after providers and patients sued. However, the U.S. Supreme Court recently heard arguments in a case that will determine whether outside groups have the legal right to challenge Medicaid cuts.

But the present cuts will become far deeper if the Super Committee in Congress fails to agree on a federal budget proposal that can win approval of both the full House and Senate.

Thus far, Republicans on the Super Committee have demanded deep cuts in social programs to reduce the federal deficit, a move opposed by Democrats, who have pushed for revenue increases such as eliminating tax loopholes for profitable corporations. If no agreement is reached, a “trigger” clause approved in the last budget measure will go into effect, trigger cuts neither side says it wants –deep cuts in Medicare and other programs opposed by Democrats, along with deep cuts in Defense spending opposed by Republicans.

California legislators faced a similar obstacle, with 100 percent of state Republican legislators refusing to approve any revenue raising measures such as increases fees, taxes, or closing tax loopholes--proposals Democrats sought to consider to avoid cuts that all agree will be painful.

Local legislators in both the Legislature and Congress have split their votes on budget cuts down party lines.

“I oppose denying people the basic human right to healthcare, yet Republicans in Congress propose that we cut benefits for millions of seniors, people with disabilities and children who need lifesaving care,” said representative Karen Bass (D-California), former speaker of the California Assembly. “Eliminating essential care to our nation’s most vulnerable populations would not only jeopardize the health of our country, but also potentially millions of jobs that we cannot afford to lose at this crucial time.”

Is this the long reach of Obamaa Care?

When - not if, the politicians and other decision makers (figuring on what's 'right' for us) finally take away All benefits and other support, including social security - who will they blame for the imbalance of the budgets? Golden Years? HA! Now don't misunderstand me, for I am Very grateful for the help I do get. SSI and limited medical. But as the years have passed me by, the reductions to SSI payments have been many and painful. Thank you governors - NOT! Then there has been a complete denial of All dental coverage. Add increasing co-pays for doctors, medication and proposed emergency room visits, plus hospitalization co-pays. What a crazy society we have become. What's next? I wonder. Meanwhile Billions of tax dollar$ are routinely sent to other countries as 'foreign aid' - while this country stagnates and treats it's citizens in a less than stellar way. I for one am completly baffled and confused. Did we not work for many years, whilst paying money into the system for some return and security at a later date? Balancing the ever balloning budgets on the backs of the poor, is Not the answer for long term viabilty. We are human beings - not disposable, unwanted trash! This type political of behavior and attitude is exactly what has brought forth the beginning of a revolution in this country. Keep your eyes wide open everyone - see what happens next!