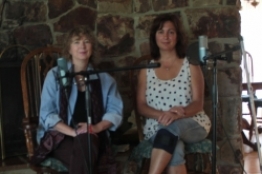 July 13, 2016 (Lakeside) -- East County Magazine's show on KNSJ recently sat down with Ana Nita, an investigative journalist and activist who is working on a documentary about controversies involving a proposed sand mine that could have devastating consequences for people and wildlife in Lakeside's picturesque El Monte Valley.

She also discusses apparent conflicts of interest involving Michael Beck, a county planning commissioner with financial ties to the sand mining company, and has called for Beck to resign or be removed.

As an update, after this interview aired, Supervisor Dianne Jacob's office advised us that she is asking County Counsel for advice on the appropriate way to handle Beck's conflict of interest issue. 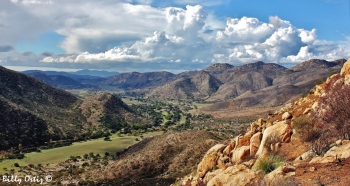 Sand mining has become the latest cause for Baja California environmentalists, who in recent years have fought against commercial shark fishing close to shore and a proposed strip of marinas and hotels along the coast that they say could damage feeding grounds for sea life. Concerns about sand mining have brought together a coalition of local, state and federal officials.

But San Diego County concrete manufacturers insist that the issue is political, not environmental. They say that there is plenty of sand to go around and that Mexican politicians just don't want their natural resources used for development in Southern California.
http://articles.latimes.com/2003/mar/25/local/me-sand25