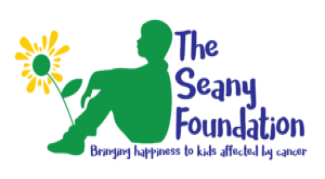 Hear our interview with Bernard Mauricia, Vice President of Marketing at The Seany Foundation: click here to listen or download

December 30, 2018 (San Diego) – “We have to be able to go out and advocate for kids with cancer to just be kids, and for families to be able to breathe…to have tools and resources to support them through their cancer journey,” says La Mesa resident Bernard Mauricia, vice president of marketing at The Seany Foundation.

The foundation runs Camp Reach for the Sky, funds cancer research and support programs for families of children with cancer. The organization also has several events coming up including a Get Well Soon Retreat in January.

The San Diego-based foundation has a mission to fund meaningful projects that enhance the lives of children and young adults affected by cancer.  The Seany Foundation is named for Sean Lewis Robins (1983-2006), who was diagnosed at age 16 with Ewing Sarcoma, a rare and aggressive form of cancer. He spent seven years battling the disease, becoming an inspiration to others with his mantra, “When nothing is certain, everything is possible!”

Although Sean ultimately lost his fight with cancer, he wanted there to be a lifelong resource to make sure that needs of other kids with cancer and their families would be met in the future. The foundation that Sean envisioned fulfils his wish to “help other kids not have to go through the battle that he did,” Mauricia says, adding that kids with cancer often look at how to help others. “They’re constantly thinking about the people surrounding them.”

The Seany Foundation began a decade after Sean’s passing but its flagship program, Camp Reach for the Sky, dates back 35 years. The camp has six sessions including a week-long summer camp in partnership with the Girl Scouts camp in Balboa Park as well as camps in the mountains of East County in partnership with the YMCA at Camp Whispering Winds, Camp Cedar Glen, Camp Marston and Camp Raintree in Julian. 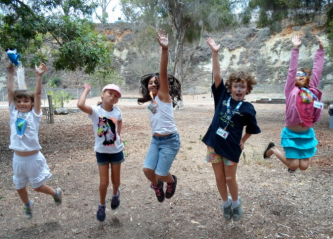 e than 20,000 kids have gone through Camp Reach for the Sky programs in the past 20 years, including 529 last year.  “It’s a great way to get kids out of the home where it may be chaotic with the diagnosis, and just be a kid again,” Maricia reflects.

A San Diego native, Mauricia became passionate about the cause of helping kids with cancer after a  high school friend was diagnosed with cancer.  “We reconnected after college and he got me involved as a sibling camp counselor when I was working with him at the American Cancer Society,” Mauricia recalls.

Most of all he wants to get the word out to families about the broad support network available. “This can’t be the best kept secret in San Diego,” he says.

Besides camps for young children, teens and siblings, The Seany Foundation also provides fun activities for kids with cancer and their families. These include Seany’s Day Out, movie nights, bowling,  and social hours as extensions of the camp community.

There are annual events including a Get Well soon Retreat to be held this year on January 26th at the Soledad Club for parents and kids seeking information on integrative medicine and wellness tools such as yoga and meditation “to navigate this new normal of having cancer.”  The foundation has a wellness committee founded about a year and a half ago by parents, volunteers and board members looking to help families improve eating habits and exercise levels.

On March 23rd, there’s an annual gala with a Havana Nights Theme at the El Cortez Hotel. “IT’s the largest fundraiser every year, a fun way for families and communities to get together and support the programs that we do,” Mauricia says.  There’s also a golf tournament in May, childhood cancer awareness in September, a 5K race in October, a a Thrive campaign in November tied to giving Tuesday.

The Seany Foundation also funds the CARES Initiative starting last year. In partnership with the Leukemia/Lymphoma Societies of San Diego and Hawaii, the program takes a “deep dive” into mental health issues including PTSD, suicide and depression. “We get feedback from campers of things that are keeping them up at night,” Mauricia says. “We don’t sweep anything under the rug.”

In addition, the foundation invests in clinical research programs at Rady Children’s Hospital.  “Long-term research and science is extremely important,” Mauricia says. In fact, from 1969 to 2008, the death rate from childhood cancer has gone down by a whopping 66 percent.

The Seany Foundation also helps kids with cancer meet their educational goals, working with experts at the University of San Diego, San Diego Unified School District and CEOs at local Fortune 500 companies among other places to match up kids’ interests with people to mentor them. “These kids are driven to go out there and succeed,” Mauricia says.

To date, the foundation has raised over $3.8 million for the fight against childhood cancer including funds for research, camps, and helping families in need.

“Our programs allow every family to thrive,” says Mauricia, adding that events help raise awareness so that the foundation can “continue to make these programs free…so that no family needs to worry about any additional cost when it comes to the cancer diagnosis that they just got.”

The foundation seeks volunteers as well as experts with talents to share and financial support. “For people to donate that time, treasure and talent is imperative to our success,” Mauricia concludes.

If you would like to donate or volunteer to help with these efforts, or if you have a child with cancer and would like to learn more about The Seany Foundation programs, you can visit their website at www.TheSeanyFoundation.org or call (858)551-0922.