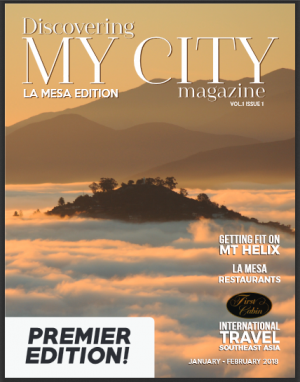 Brad Weber, publisher of the brand new Discovering My City: La Mesa Magazine and other community pubilcations in our region, sat down for an exclusive interview with East County Magazine on KNSJ radio.

You can hear the full interview at the audio link below this story, and scroll down for highlights.

“I’ve been close to publishing for over 30 years, most recently as a printer for other publications all over the country,” Weber says. 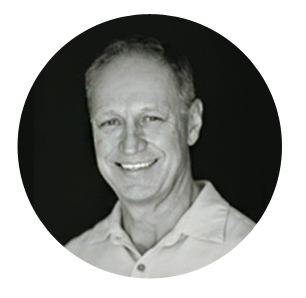 A small business owner, he also understands first-hand the importance of the buy-local, shop-local trend.  He once bought a newspaper that was financially troubled and changed its name to the Adams Avenue News, where his business was located. He distributed the paper via direct mail and soon attracted advertisers.

Since then, he’s expanded into 25 markets in the past three years by reporting only hyper-local news.

Recently he moved to Mount Helix,  after his wife found a “beautiful home” here.  Initially he resisted the move, but after discovering the attractions of Mount Helix and other areas in East County, he admits, “She was right….I love the neighborhood.”

After talking with many people here, he decided to publish a magazine instead of a newspaper. The January debut issue includes a story about the Mount Helix Park Foundation, coyotes, local events provided by a content partnership East County Magazine, a restaurant review and more.

“We feel our job is to remind people how lucky we are to live in a beautiful place like this.” He encourages readers to meet their neighbors, help people in need, get involved with nonprofit groups, and support local businesses. “The smaller you get, the more people care,” he adds.

He reports a positive response including many calls.  You can contact Brad Weber at  619 300 1732 or via  Umbrella Media, the parent publishing company, at brad@localumbrella.com . He hopes to add more publications soon in East County and other communities across San Diego.

Coming up in the next issue, watch for an interview with East County Magazine’s own editor Miriam Raftery, a La Mesa resident.

For more information, you can visit http://discoveringmycity.com/.