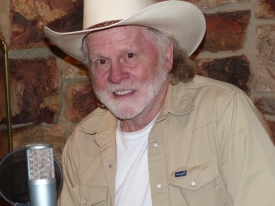 “I believe the county planning commission should be banned and that authority should be vested in each individual planning board,”—Brian Sesko

He’s chairman of the Lakeside Planning Group and a member of the Lakeside Design Review Board. He’s also a homebuilder, realtor, and a rancher who calls himself a “real life cowboy.”

Click the audio link to hear the full interview and scroll down for highlights.

Why is he running?  On the Lakeside Planning Group, he says, “In five years I have learned that there is big room for improvement” in the county.  He says his first action will be to make sure there is more communication between supervisors and general public.  He wants to change meeting times away form 9 a.m. meetings that working people can’t attend.  He would advocate for supervisors to hold meetings in communities where major projects are proposed “so that all supervisors have to face constituents in any given area and not be hiding downtown,” he says.

Housing:  He says county departments are “out of control.”  He says county departments need to work efficiently. “Twenty years ago I could get a permit for a house in 90 days, maybe 120 days and pay four or five thousand dollars. Now it takes $30,000 and takes a year or longer” for a single home. A housing development can take 2-5 years or longer.  “It needs to be streamlined and the fees need to come down” to provide more housing, especially affordable housing, he says.

Retuning decision making to local communities: He wants people in local communities to have the power to make decisions for their own neighborhoods. He does not believe supervisors should be overruling the people in communities. He calls the planning commission “the largest special interest group” in the county, noting its members are appointed, not elected. “I believe the planning commission should be banned and that authority should be vested in each individual planning board,” he says.  As for appeals to Supervisors, he believes if Supervisors had to come out to communities and hear from people who will be impacted they would probably side with the people.

Homelessness: He faults Supervisors for not doing enough through the years, but objects to the county “staffing up” with new hires to address the issue including identifying properties to become shelters.  Although a Supreme Court action affirmed it is illegal for law enforcement to arrest homeless people for sleeping in public places if there are no shelter beds.  “Biggest problem is now, not only do we have homeless people with medical needs and issues, the neighborhoods are being overrun with actual criminals” being released due to overcrowded jails. He proposing a “simple fix”: building military housing that can be built in days to house many people. “Overnight we could have a full city put up” in every committee and they could include beds, storage, medical treatment and services.  “Let’s get it done,” he says, adding we need to take back our streets and parks.

Open space:  Unlike Supervisor Jacob, who prioritized open space preservation, Sesko wants to see funds spent on housing instead. “There’s plenty of parks in San Diego County right now. Several of them are not used,” he says, citing a 500 acre Fish and Game property behind his property and another property nearby owned by the county, with no access to people.

Sand mining:  Although as a builder Sesko says he understands the need for sand which currently comes from outside our county, he believes the people in communities impacted should have the final say.  “I had a public forum where over 300 people attended it as chairperson of the Lakeside group. It was real clear that the community does not want the sand mining operation” in El Monte Valley, a scenic route. If elected he says, “I would stick with what the people of the community want, over the demand for sand.”

Fire protection:  He suggests money spent on open space land could also be diverted to firefighting, noting many parks are “unmanned and unkept and the fire roars through there like the ’03 fire did across my land.”  He says brush is not maintained on county lands and should be cleared, just as homeowners are required to clear defensible space around their homes.  Asked about the Julian fire department controversy,  Sesko says, “It’s not only Julian that I would want to protect,” noting the Cedar Fire that started in Ramona roared through into San Diego.  “One of the things that I will do as Supervisor is to take a look at every department in the county and get an efficiency and effectiveness report.”

Transportation:  He faults SANDAG for ignoring roads because they are led by “elite people” including an “overpaid” executive director who envisions “that we all take a bus to work and live in a condo,” not realizing cars are needed in much of East County and “we do not want to live with gridlock.”  He says, “That’s just wrong and SANDAG needs to be stopped with their vision for East County.”

Energy projects:  Asked about problems with wind turbines locally including brush fires, noise, infrastructure, flashing lights and reduced property value, Sesko believes local communities should have the power to approve or reject such projects.  But he notes many can’t be stopped because sovereign rights protect turbines on tribal reservations. Those on county or private lands should be determined by local planners, not supervisors. Sesko says he has “no confidence” in the ability of supervisors to decide what’s best for rural people.  He wants to see mandates form Sacramento not be a “one fix” for all communities. For instance, instead of requiring solar on all new homes which adds $20,000 or more to the cost of a house, he notes some developers have gotten waivers by tying into  large solar farms in the desert.

Libraries:  He notes that funds are limited but once again, says local planning groups and residents should decide what priorities should be in their community.

Health: He says money is being “poured into those departments with very little oversight.” He wants to make the departments to be more efficient and “put unions in check” to overcome obstacles to criticizing work output. Asked about ambulance response times, he said if a community feels its response times are inadequate, “we need to take steps” to fix that.  He suggests opening up volunteer fire departments “that for years were the lifeblood across East County” and have ambulances stationed there.

Jail deaths:  He notes that many inmates are “bad people” with drug problems or other issues. “There’s lots of things that have to be looked at…I don’t want to see people dying in the jails, but let’s get behind the Sheriff’s back, make sure the reports are accurate, and if something can be done about, that would be up front ad foremost that we should do.”

Vacation rentals: Sesko has sold rental properties in beach areas and says he believes laws should be enforced to prevent party houses from destroying character of neighborhoods, while also respecting property rights of responsible owners and landlords who offer vacation rentals without infringing on neighbors’ rights.

Agriculture: “Without a doubt” this is a priority for him. He cites restrictions he faces as a horse and cattle rancher due to “cumbersome” regulations.  He does not believe Supervisor Jacob has done enough to help small businesses such as wineries open more easily.

Budget:  He wants a hiring freeze and thinks too much money is being spent. “The county seems to think they are flush with cash because the economy is going well,” but eventually the economy will slow down. He faults unions for leaving taxpayers with a huge pension liability that nobody is talking about. He forecasts the Supervisors will ask taxpayers for a tax hike. “It’s gonna get ugly” he says, because “They’re gonna come looking for your tax dollars to pay the pensions….It’s wrong.”

Campaign funding:  Unlike some opponents who have taken large sums from special interests and have spent big on mudslinging mailers, Sesko says he has not taken any donations from anyone and has not cashed checks sent to him unsolicited. “I am funding this campaign solely with my own funds.” He calls himself “Brian One Term Sesko” to bring fresh ideas without being beholden to anybody. His endorsements are from “regular folks” not political leaders.  “I want this campaign to be word of mouth…to get regular people to look at a regular guy,” he concludes, adding that would “never send” the “trash” some candidates have sent on each other.

Philanthropy:  He hosts an annual fundraiser for children with cancer at Rady Children’s Hospital.

Transparency:  “I know that the people in East County are uninformed because the Board of Sueprvisors does not make an extra effort to keep us informed.  I will change that,” by providing better information on upcoming items and to stop meetings from 9 a.m. downtown so that “the people on communities will get to meet the Supervisors that are voting, shaping and changing their lives without good representation.”

You can learn more about him at http://seskoforsupervisor.com/.