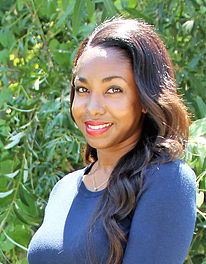 Listen to our interview aired on KNSJ

October 26, 2018 (La Mesa) – Chardá Fontenot is representing a slate of three candidates running to bring changes to the La Mesa-Spring Valley School District board. She says  she wants to increase transparency, bridge the achievement gap between minority and white students, bring back sixth grade camp, increase revenue sources and restore respect by board members to students, teachers and parents.

She’s also criticized an opposing slate for deceptive tactics used in their campaign, including running a fake candidate photo and misleading voters on which slate has backing from the LMSV Teacher's Association.

Fontenot has served as a district advisory council representative, parent volunteer, and currently chairs the school site council. A mother who once attended schools in the district herself, she’s also  a certified lactation counselor who owns a lactation business.

Hear her full interview on KNSJ 89.1 FM at the audio link and scroll down for highlights.

The board has three open seats due to a trio of conservative board members stepping down. The board has drawn controversy recently for appointing a church secretary to fill a vacancy over more qualified applicants (including an ex-teacher’s union president and a PTA president who served on the bond oversight committee) and a gun store owner who ridiculed students concerned over gun violence. 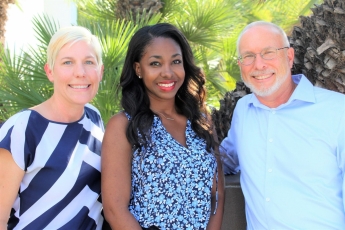 Fontenot, a Democrat, is running on a slate with teacher Rebecca  McRae, a Democrat, and Jerry Lecko, an independent and former Republican who previously served on the school board. The slate is endorsed by the La Mesa Spring Valley Teachers Association, the California State Employees Association, and the La Mesa Spring Valley Action Committee for Teachers and Students (ACES). Fontenot and McRae are also endorsed by the Democratic Party.

“It’s been the same voices for far too long,” says Fontenot. “There’s been a lack of transparency, and we need more innovative ideas.” She also wants a “show of support for our students” adding that at board meetings she has attended, “the board has a lack of respect.”

She sees funding and enrollment as key issues. “We need to find more external streams of revenue” and find “how to bring more families into our district,” she states. She wants to look at grants, community partnerships and fundraising as options to restore sixth grade camp while being fiscally responsible.

According to Niche.com, which ranks school districts statewide, the LMSV has only 39% of students test proficient in math and 50% in English. Overall the district rates a “C” grade in academics. But the district ranks an “A” for diversity of its student population.

“I do not feel that the needs of our diverse students are being met,” says Fontenot. “II hope to accomplish closing the achievement gap.” She adds that the gap is widest between minorities and white students.

To cite one example, she notes that achievement tests are taken on ipads but “there is not a one-to-one ratio of ipads to students” year-round. She wants to partner with the community to get more ipads so students can gain proficiency on them before test time.

She says part of the low test scores may be due to students getting used to the new Common Core curriculum, though she wants to talk with teachers to get their input.

On student safety, she supports getting counselors back into schools to be proactive instead of reactive.  “I do not agree with arming teachers,” she said, adding that she’s spoken with teachers who don’t believe this would make students or teachers feel safer. “Arm them with highlighters and pens, not guns,” she says.

She criticizes the board’s choice to appoint a church secretary, a Republican, over more qualified Democratic and independent applicants.  “It was very political,” she says, adding, that neither partisan politics nor religion should influence school board decisions. “We have kids coming from all over the world now and we need to be respectful of all religions, not just one religion.”

Fontenot also wants changes to the sex education and family life program, noting that teachers have told her it is not up to date.”  She wants the curriculum to provide information beyond abstinence to assure students are informed about sexually transmitted diseases and birth control, as well as inclusive of LGTB students and families. 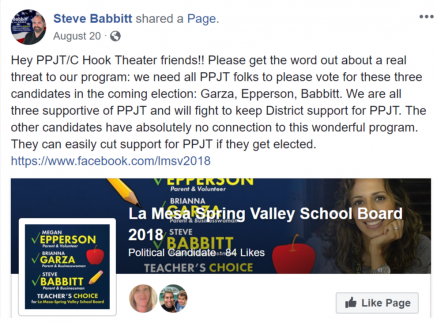 Fontenot also spoke out to denounce “very misleading” tactics used by her opponents, a slate of conservatives backed by the Republican Party. The opposing slates includes Pastor Steve Babbitt, Megan Epperson and Briana Garza. (A seventh candidate, Matthew Sablove, is on the ballot as an unaffiliated candidate.)

Babbitt’s slate has used a photo of an attractive Hispanic-looking woman who appears to be a teacher on their campaign materials and they claim to be the "teacher's choice."  But the woman in the photo is not on their slate. Garza, who has a Hispanic surname, is not a teacher, and has not appeared at a candidate forum nor does her photo appear in any campaign literature.  When Babbitt was asked about the fake photo, he admitted on social media to using a “stock photo” image.

In addition, Babbitt’s slate touts itself as the “teacher’s choice.”  But Fontenot points out, “We are the  only ones endorsed by the [LMSV] teachers’ association.

She also denounced as a  “disgraceful tactic” the Babbitt slate’s claim that Fontenot’s slate might shut down the Peter Pan Jr. Theater program. “I’ve been involved in the performing arts since I was four years old,” says Fontenot, who danced in ballet and modern dance performances.”  The children of Fontenot and McRae have both attended Peter Pan Jr. Theater performances, says Fontenot, who concludes, “We are definitely not interested in shutting it down and actually the school board has no authority of that program,” adding that it is run by an outside nonprofit organization.

You can read more about the Fontenot, McRae and Lecko slate here: http://lamesaspringvalleyaces.org/