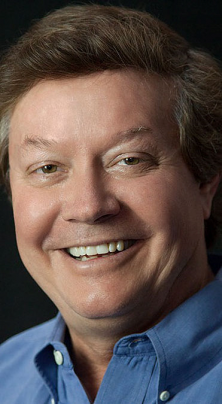 May 31, 2018 (San Diego’s East County) –  Last week, we interviewed Eric Lund, candidate for San Diego County Board of Education in district 3, on our radio show. Lund is president of the San Diego East County Chamber of Commerce and also teaches business classes Grossmont and Southwestern Community Colleges. In addition he heads up the East County Homeless Task force and is a member of the East County Adult Education Alliance. The district encompasses most of East County as well as parts of San Diego.

Hear the full interview, originally aired on KNSJ Radio, by clicking the audio link, or scroll down for highlights.

“I’m so much an advocate of great education. I love teaching,” says Lund, who has taught for 17 years and was inspired by his grandfather, who headed up SDSU’s English Department for many years. “I really feel that our education system that is ranked one of the lowest in the United States can and should do better.”

He believes California can be back on top nationally, but acknowledges it will take hard work and funding. He voiced enthusiasm for a new state program that pays for the first year of community college, praising community colleges as a best-kept secret.

Lund has a degree in business administration as well as a master’s in instructional design and educational technology, or how to teach effectively online. He graduated from Grossmont High School and attended Grossmont College before moving to Hawaii, then returning to work in business and nonprofit sectors and later going back to college to obtain his degrees.

The County Board of Education oversees public schools across the county and also runs a number of schools including a school for homeless kids and for those in juvenile hall.

Lund believes there is too much testing and not enough attention to other education priorities.  He wants schools to be “service oriented toward our families and think of them first.”  He wants to see priority given to a career pathway in education so that kids can have good jobs when they complete their education.

Lund praises a “World of Work” program at one El Cajon elementary school that helps guide students to choose a career at an early age. “It’s an exciting thing.”

His opponent, incumbent Alicia Muñoz, who is endorsed by teacher’s unions, did not respond to our request for an interview.  A mailer sent by the American Federation of Teachers on behalf of Muñoz slammed Lund for accepting contributions from the Charter Schools group and deceptively photoshopped a picture of Lund to add a martini into his hand and crossed fingers on  one hand suggesting he is untrustworthy. Lund posted the original image on his Facebook page to prove the deception.

A key issue in the race is charter schools, which can meet students’ needs in unique ways, but also pull funds from public schools in public school districts.  Lund, who has had financial backing from the Calif. Charter Schools Association, says of charter applications, “Each one should be viewed on a case by case basis…If I am elected I would actually be a swing vote. I think there would be a more fair look as each one comes before the board of Education.”

Lund wants to do more to help homeless students.  “Our college districts have food pantries, some of our high schools are doing that as well.” He wants to improve access to resources for all homeless students. “We should have services for all those people to make it convenient for them” he says, noting that resources tend to be concentrated in downtown San Diego.

“I really believe that we can turn our education system around and become a top premier state in education again,,but it’s going to take some common sense and I think a quality management kind of approach where continuous improvement is going to be necessary. So we’re not going to just solve it with waving a wand with just one idea. It’s going to take a number of ideas and continuous improvement to become the premier state in education again.”

You can learn more about Lund’s candidacy at www.EricJLund.org