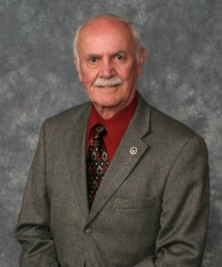 Mark your calendars for our candidate forum with Helix Water Board candidates and Lemon Grove Mayoral candidates on Wednesday, September 21 at the Lemon Grove Library.Meet candidates at 5 p.m. with the forum starting at 5:30.

September 16, 2016 (San Diego’s East County) – John Linden has served on the Helix Water District Board since 2000.  He’s proud of his service and of the Helix district’s long history since its establishment back in the 1880s.  He’s running for reelection in district 1, against three challengers. We sat down for an interview with Linden that originally aired on KNSJ radio.

Linden has a long history in water management. His experience includes serving on the San Diego County Water Authority Board of Directors,  several key committees for the Water Authority,  the Association of California Water Agencies Joint Power Insurance as an alternate,  as well as on Helix Water District’s Audit Committee and Lake Jennings Committee.  View full bio.

He views completion of a state-of-the-art water treatment plant as one of the biggest accomplishments during his term on the board.  The district has also sued the Metropolitan Water District of Southern California, winning at trial court.  If upheld on appeal, the decision would mean refunds for ratepayers on overcharges MWD charged Helix.

Linden and the board majority have drawn criticism from some ratepayers and opponents for voting for several recent rate increases, including a five-year rate hike authorization.  He staunchly defends those decisions, noting that the board must maintain a $1.5 billion infrastructure. “We’re long-time planners, which is 50 to 100 years,” he observed.

“Water is the oil of the 21st century.  We don’t have life without access to water.”

He said some repairs and vehicle replacements have been delayed and employees have been cut by 19 positions to save money.  He also thanked ratepayers for conserving water dramatically.

As for the potential to implement water budgeting such as Padre Dam Municipal  Water District has done, which would allocate water rates based on assessing each property’s size as well as the number of people and animals living there, Linden says Helix is too big and that water budgeting would not be cost efficient.

He also discussed  the board’s consideration of closing a campground at Lake Jennings,  which he viewed as a business decision,  since most ratepayers don’t live near or visit Lake Jennings.  He ultimately agreed to serve on a committee that found solutions to raise revenues and prevent closure.

He contends the drought is partially man-made, in that environmental efforts to protect delta smelt diverted drinking water from Southern California. The drought cut MWD’s water supply by 50%, but thanks to new infrastructure such as raising the San Vicente Dam, Helix now has a six month supply. “We are set to protect ourselves”: in the event of drought as well as emergencies such as earthquakes.

Asked about mercury levels found in larger fish at Lake Jennings,  Linden reiterated that the drinking water is tested 600 times a month and is “purer than bottled water…” He suggested hatcheries could be the issue, though the state has indicated very small levels of  mercury in reservoirs below what testing finds could become concentrated up the food chain. He said directors haven’t been directly informed about the problem but added, “I don’t think there is anything we can do about that.”

He defended his vote to sell property to a sand mining company project in Lakeside’s El Monte Valley and said he hopes the project will ultimately be approved by county planners. He said the district first tried to sell to other public agencies but found no takers.

That project has drawn strong community opposition in Lakeside. Asked what action he would support if the mining company fails to make a large payment late next year, when Helix would have the option to take back the property, he indicated he would consider staff’s recommendations.

“We’re an $88 million operation,” he said of the Helix Water District.  “We have an operation with 56,000 water meters, 700 miles of pipeline,”  he added,  noting that running the district is a huge responsibility.  But he concludes, “Our number one priority is customer service.”

Note:  East County Magazine previously interviewed two other candidates for Helix Water District,  Dan McMillan, who is running against Linden in district 1,  as well as Mark Gracyk,  who is running in district 3.  You can hear their interviews  here.