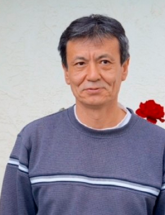 The video contradicted police statements that claimed Nehad was armed with a knife and charged the officer. The ACLU also voiced concern over District Attorney Bonnie Dumanis response, which included releasing a video of a knife-twirling suspect to imply that the office was in danger, when Nehad did not have a knife.

The ACLU, in its letter and a press release, documented several additional cases where force was used against mentally ill suspects. The letter  asks the DOJ to investigate possible civil rights violations and evaluate whether improvements may be needed in the SDPD’s policies, practices, training and supervision; and to provide technical assistance, advice and guidance to the City of San Diego.

“Through such an investigation, the DOJ can significantly improve equality, fairness, and public safety throughout San Diego,” the ACLU concludes.

I recall years ago, on more than one occasion, when I and others marched and demonstrated in San Diego against the insane wars that the country was becoming involved in. During those events the SDPD officers assigned to accompany us, with our banners and chants, on the march-route were always very kind and solicitous. They were there to protect and serve and they did so, with class. . . And now an officer in the same uniform has murdered a victim of one of those ill-conceived wars. . . .How ironic. How sad.