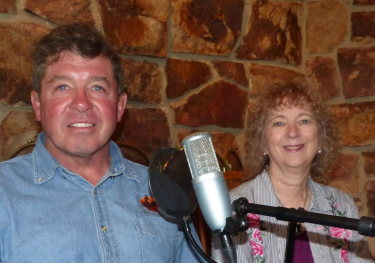 May 18, 2018 (San Diego's East County)-- Larry Wilske is a retired Navy Seal, running as a Republican challenger to incumbent Randy Voepel in the 71st Assembly district. Voepel, also a Republican, is facing allegations of "stolen valor" or inflating his military record.

Wilske belives integrity is the core issue in his race against Voepel. In our interview aired originally on KNSJ Radio, Wilske talks about the ethics concerns, as well as his stances on issues impacting California statewide such as education, sanctuary state laws, and healthcare.

A resident of Descanso in San Diego's East County, he also shared his views on rural issues including fire preparedness, water, power shut offs and jobs.  Hear our full interview with Larry Wilske by clicking here.

We previously interviewed Democratic challenger James Elia, an accountant, whose interview can be found here.

Assemblyan Voepel did not respond to our request for an interview.

Larry Wilske is about freedom. Freedom from facts-based reality! The claim that the Mt Pinatubo eruption released more "poisons" or pollution than humans have in all of history is better described as the hysterics of a man who lacks basic internet literacy. The truth is, volcanoes emit a tiny amount of CO2 annually compared to humanity. Check your sources Larry, and well, we have to leave it up to everyone whether you are going to believe some guy's wordpress, or Scientific American or Snopes. But here is pro tip: go with the real scientists at this place called the USGS. Who, btw, has an "ask a geologist" email address in case you want to talk to someone. You got punked, sir. But thank you for your service.
Wilske got this one wrong; thanks for fact-checking his statement:
According to the U.S. Geological Survey (USGS), the world's volcanoes, both on land and undersea, generate about 200 million tons of carbon dioxide (CO2) annually, while our automotive and industrial activities cause some 24 billion tons of CO2 emissions every year worldwide.

Are Volcanoes or Humans Harder on the Atmosphere?