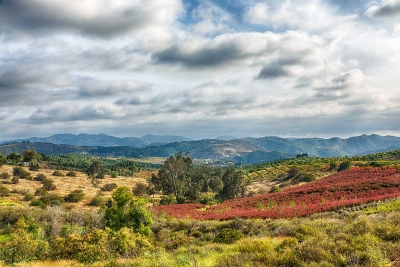 October 25,  2016 (San Diego's  East  County)--  Measure B on the  countywide ballot was paid for by  a  developer.  Accretive Development wants voters to approve Lilac  Hills, a massive,  master-planned community the size of Del Mar in rural Valley Center.

Why should voters in East County and elsewhere in San Diego care?  First, because taxpayers countywide could wind up footing part of the bill and second,  because if Measure B passes, developers of other controversial  projects could similarly seek to bypass state enviornmental review and the county plannning process.  That's why major environmental groups such as  Sierra Club, Save Our Forests and Ranchlands, and Cleveland Natoinal Forest Foundation are all opposed to the ballot proposition.

Hear our interview with Mark Jackson from the No on Measure B committee, originally aired on  our show on KNSJ radio, by clicking the audio link.

Note: audio files may take  a few moments to load.

Mark Jackson, no on Measure B interview

If any one has a hard copy of the above referenced flyer, it would be much appreciated if you could scan it and send to: jacksonmark92026@gmail.com Thank You, Mark Jackson

A recent flyer falsely listed La Mesa Mayor Mark Arapostathis as a supporter of Measure B. He emphatically is not!