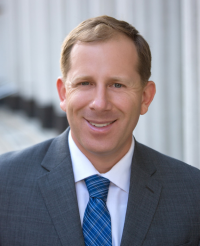 May 31, 2018 (San Diego) – Matt Brower, candidate for Superior Court Judge in seat 37, sat down for an in-depth interview with East County Magazine on KNSJ radio. He’s a deputy district attorney and a judge advocate in the Marine Corps Reserve running for San DIego Superior Court seat 37.

He says if elected, he will “be focused on a daily basis with treating all people with professionalism, dignity and respect.”

He’s running against incumbent Judge Gary Kreep, who was censured by the State Commission on Judicial Performance for 29 counts on judicial misconduct and running his courtroom in a biased manner, making derogatory comments about minorities, women attorneys, and people with cases before him.

Listen to his full interview at the audio link, or scroll down for highlights.

There are three other candidates in this race.  All have been rated qualified or higher by the San Diego County Bar Association, except Judge Kreep, who was found to be “lacking qualifications.”

“I knew that the people of San Diego County share my values and that we need to hold all of our elected officials to a very high standard,” Brower says, adding that he felt it was important to have a strong challenger to Judge Kreep.

As a deputy district attorney, he says he is in the courtroom daily. He believes his experience as a prosecutor locally and as a judge advocate or JAG corps officer in the Marine Corps reserve “have shaped my view of the law” and given him the experience necessary.

Asked about his priorities, he says, “I am very attuned to the fact that we need to assure public safety in our society…No vibrant economy can exist without public safety as the bedrock,” Brower adds.

In addition, because many lower level crimes deal with substance abuse, he believes judges have an obligation to address underlying causes of criminality, mental illness and drug use.  At the DA’s office, he’s had experience working with collaborative courts for the homeless, veterans, and drug court.

He cites two reasons for this focus on rehabilitation and addressing underlying causes of crimes. “We can accomplish great things in that person’s life…and we can save an enormous amount of money” for taxpayers by moving rehabilitated people out of the criminal justice system.

Brower says he has extensive experience in the military sitting on preliminary hearings including serious felony cases, doing work similar to what a superior court judge must do such as ruling on objections and whether cases should go forward to juries.

Being a good judge means you need to be a “good listener and be open minded to the arguments made by counsel,” he believes. “The best judges in my view are those who don’t come to the table with a closed mind” and are also willing to do the legal research on each case.

In contrast to the bias for which Judge Kreep was censured, Brower says he has worked in diverse workplaces in the military and D.A.’s office, also working with diverse witnesses and victims where he was stationed around the world including Iraq, Afghanistan and currently, in Germany with the Marine Corps reserves. “Many of my mentors are people with backgrounds very different from me,” he says.

Asked to name the most important case he’s worked on, he cites helping the prosecution of the Haditha Massacre case on Camp Pendleton by getting witnesses and preparing evidence against a staff sergeant accused of massacring 19 civilians, though he was deployed to Afghanistan before the case was actually tried.

He has experience handling civil and family law matters, too, as a military judge advocate where he worked in attorney-client relationships early in his career with veterans and service members on issues including divorces, wills, adoptions, landlord tenant and consumer law problems.

“The law and enforcing the law is paramount,” says Brower, who is proud to have endorsements of the San Diego County Sheriff’s Association as well as many police officer associations including San Diego and in East County, La Mesa.  “ share the values they have, which is we need to make sure that we are consistent with the law,” he says.  He points out that the San Diego City Attorney’s office has “lost confidence” in Judge Kreep and “refused to present their cases in front of judge Kreep because they did not believe that he was following the law.”

Brower, a Democrat, is endorsed by the San Diego County Democratic Party but also has endorsements from prominent officials in both parties including Republicans such as County Supervisor Dianne Jacob and La Mesa Mayor Mark Arapostathis as well as Democratic Assemblywoman Shirley Weber and Lemon Grove Mayor Racquel Vasquez, also a Democrat.”

“We need to have a law abiding community that prioritizes public safety and addresses the underlying causes of criminality,” he says. “I would hope that that’s a universal message and I think that’s why people from so many walks of life have given me their endorsement.”

He believes it’s important to assure equitable treatment of all people. He says that when sitting in judgment on cases, a judge must be mindful to avoid both explcit bias such as the “overt racism and sexism” for which Judge Kreep was censured, but also implicit or unconscious bias.

Asked what changes he’d like to see in the local criminal justice system, he replies, “I would like to see more funding for beds in residential treatment cases in the county” for people in collaborative programs for drug treatment, homeless and veterans.

He sums up his candidacy this way:  “I’m somebody who is committed to treating all people with professionalism, dignity and respect,” adding that he believes these are qualities that voters in San Diego County should insist upon when casting their ballots.

You can read more about  Matt Brower at www.mattbrower.com

The other candidates in this race in addition to Matt Brower and Judge Gary Kreep are  Deputy Attorney General Tim Nader, also former Mayor of Chula Vista and past president of Southwest Community College, former federal prosecutor Steve Miller, and civil rights lawyer Victor Manuel Torres. You can read about all of these candidates here.