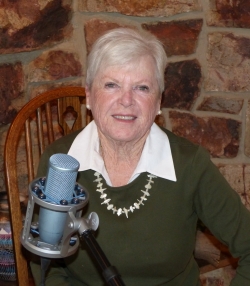 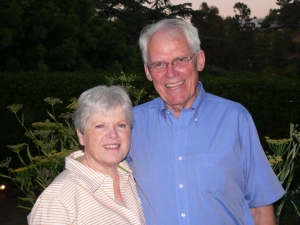 February 1, 2020 (San Diego) – Nancy Casady is a life-long Democrat, environmental champion and women’s rights advocate challenging Democratic Congressman Scott Peters in the 52nd Congressional district primary.  She recently sat down for an in-depth interview with East County Magazine on our radio show on KNSJ 89.1 FM.   Casady discussed her support for the Green New Deal, as well as her passion for protecting women’s health.

Hear our interview by clicking the audio link and scroll down to read highlights.

Nancy Casady has served on the Food and Agricultural Board in Sacramento, has worked as a pro-choice advocate, was co-founder of the San Diego Climate Mobilization Coalition, and for 12 years was general manager of the Ocean Beach People’s Food Cooperative.

The 52nd district includes coastal communities as well as some inland communities including Poway and Rancho Bernardo.  Of note: Casady has an East County connection – her husband, Derek Casady, was the long-time editor of the East County Californian.

“I believe that we are in a climate emergency and we need to act like it,” says Casady, who adds that elected officials have a “duty to warn.”  She calls for bold and decisive action, indicating that Peters has not done this.  She supports scientific solutions to reduce massive C02 emissions. “At that rate, we have  less than eight years before that amount f pollution heats the planet beyond the 1.5 degree Celsius rise that science tells us is required if we are going to continue to have a predictable food supply.”

She faults President Trump for calling climate change a hoax and rolling back protections against fossil fuel pollution, while opposing conversion to cleaner greener fuels, actions she calls a “crime against humanity.” She cites high rates of early deaths caused by fossil fuel pollution of air and water.

The Green New Deal has two parts. The “green” part calls for national mobilization to build out sustainable solar, wind, and water systems and provide a new smart grid to transfer energy around country “on a scale as if we were in a war.” It calls for conversion of 250 million light trucks and cars to electric motors, and calls for climate smart agriculture to sequester carbon, as well as replanting forests and more.  This would create at least 6 million jobs, she estimates, which would compensate for 4 million fossil fuel industry workers who would need to be retrained.

The New Deal part calls for Medicare for all and single payer healthcare for everyone.

We asked Casady about problems with some wind projects in East County including explosions, brush fires, and more. “We definitely need to have oversight. We need to have regulations,” she says to assure that turbines are not located too close to homes or in high fire hazard areas. She cites computer modeling to determine appropriate siting. 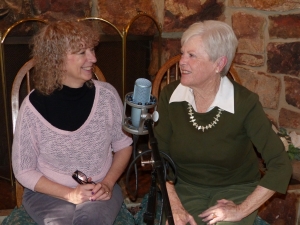 She wants to see a national version of a community choice energy option with the U.S. selling power and raising revenues, noting that revenues would also flow from people having higher paying jobs in green energy fields and thus increasing tax revenues for the U.S.

Casady wants to use new revenues to provide Medicare for all to assure access to affordable healthcare. She notes that in other countries, the costs of healthcare are lower and everyone is covered.

She also supports college debt forgiveness and free public college tuition to help young people and produce a workforce competitive with the rest of the world. She calls these measures economic drivers for our future.

She is concerned about assaults on hard-fought freedoms for women that aim to restrict or overturn women’s access to birth control, abortion, pay equality and more.  She supports an equal rights amendment for women which some in Congress have pledged to reintroduce.

“The attack on women is like the attack on Mother Earth. If we respected women and saw our role in society as the life givers, we would be able to also have the consciousness that our planet is life giving and furthermore that we are all connected in this web of life. So I see this as coming out of the same kind of mentality of dominance, of disrespect.”

On foreign policy, we asked Casady her views on recent actions in the Mideast including the killing of Iranian general Suleimani which led to retaliatory bombings of U.S military bases.

She noted that this is “not the first assassination that the U.S. has ever carried out.”  She believes such foreign policy decisions that end in “chaos” and “death primarily to noncombatant women and children” should stop. She wants to see more efforts at mediation and arbitration to resolve disputes.

The $1.4 trillion upgrade to the nuclear arsenal in the new budget could better be used domestically on issues including resolving border and immigration problems.

“Every day we wait to address this climate crisis increases our vulnerability and decreases our chances of survival,” she concludes, calling for decisive action. “We must let young people know that they are not alone, and that is why I am running for Congress.”